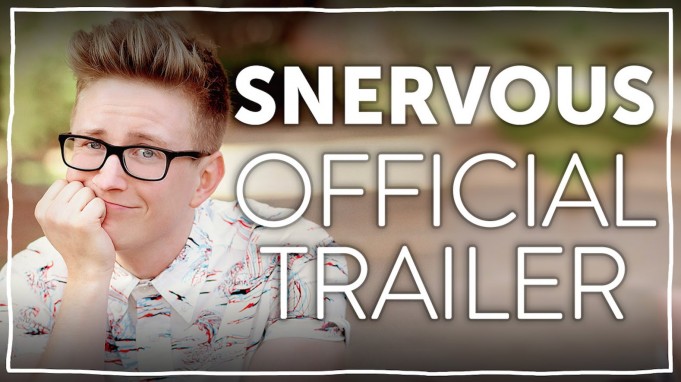 The official trailer for SNERVOUS has been released.  The forthcoming documentary follows the rise of online sensation Tyler Oakley.

Tyler Oakley’s videos have had over 500 million views and who has 21 million social media followers, After eight years of sharing snippets of his life online, see the intimate truth of Tyler Oakley’s relationship with family, followers and fame on his sold out international tour.

Directed by PEOPLE: THE ELECTION OF BARACK OBAMA, LINDSAY), the film follows the life and career of 26 year-old digital icon, Tyler Oakley, through his sold out Slumber Party tour across the U.S., U.K., and Ireland. Producers on the film include Awesomeness Films’ Brian Robbins and Matt Kaplan, along with Tyler, Korey Kuhl, Lisa Filipelli.

Snervous will be released globally on 11th December 2015