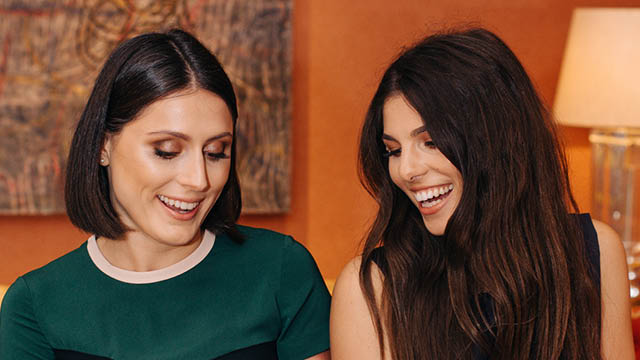 Nowadays, there is an app for everything; consumers can shop, bank, book a holiday, order a takeaway, find new friends and even find love at the click of a button.

These apps have not only made our lives easier, but dating apps in particular, have revolutionised the way we connect with people outside of our usual social circles.

A reported 91 million people log onto dating apps every day, but are appearance matching apps really doing us much good?

In a survey undertaken by platonic app Huggle, 62% of the 1,500 social media users questioned, said that ‘face-swiping’ apps made them feel self conscious about their own profiles, with 80% of women admitting to editing their pictures with Facetune or Photoshop, before uploading them, to help them feel more confident in their selfies.

When you think about it, appearance matching does sound like a disaster waiting to happen. The practice of analysing somebody aesthetically, before either giving the nod of approval or canning them, opens up a breeding ground for insecurities and impossibly high standards. Not only are we judging other people on their appearances, we also putting ourselves under inequitable scrutiny.

“Social-networking makes it easy for us to start comparing ourselves to others, which can make us feel ugly and inadequate, and therefore spark depression. When this occurs it is essential to take a break from online interaction. It is also important to be aware that sourcing a relationship based on appearance is not credible when looking for a long-term partnership. From the very first moment of meeting someone, how similar you are to that person plays a huge role in future interactions. Whether that’s a romantic relationship or friendship; people are naturally attracted to similarity such as shared interests and attitudes, rather than appearance.”

Huggle co-founders Valerie Stark and Stina Sanders, aim to change the game for social networking, matching users on capability, mutual interests and places, rather than appearance. To message another Huggle user, you must have a place in common; a bit like Happn – only it feels more “Hey! We have somewhere in common!” rather than “I’ve passed you 53 times, I feel like I should walk another way.”

“In a society that tries to eradicate bullying, physical shaming, racial and cultural differences, it’s astounding that apps encourage people to judge others by their appearance. Your looks do not say anything about who you are as a person, your lifestyle and interests do. We wanted an app that connects you to like-minded people who go to the same places as you. We believe, you’re more likely to get along with someone who has similar interests to you, than someone who you just like the look of”.

Huggle is available to download in the app store now.