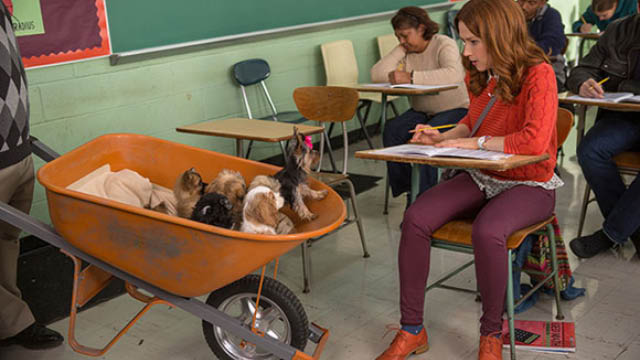 Unbreakable Kimmy Schmidt is back and the season 2 trailer is now released.

The Netfilx original series that made us laugh, cry, and cringe is out exclusively to Netflix on 15th April 2016.

Break out your sassafrass jeans because the wait is over! It’s time to get #hashbrown excited as Unbreakable Kimmy Schmidt returns.

Created byTina Fey (30 Rock) and Robert Carlock (30 Rock) see season two of the Emmy nominated series pick up shortly after season 1 and finds Kimmy (Ellie Kemper) looking for a new job, Titus (Tituss Burgess) forced to face his past with the appearance of his ex-wife and Jacqueline (Jane Krakowski) rediscovering her roots while landlady Lillian (Carol Kane) finds a surprising romance.

All 13 episodes of Unbreakable Kimmy Schmidt Season 2 will premiere on Friday, April 15 exclusively on Netflix around the world.