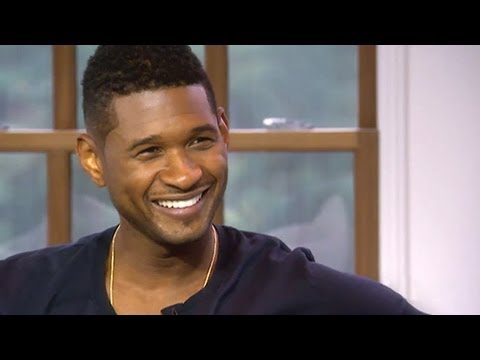 No questions was off boundaries when Usher recently sat down with Oprah at his mansion in Atlanta for “Oprah’s Next Chapter.” On top of opening up about his divorce and custody fight, Oprah posed the burning question: “Have you or do you make love to your own music?” The singer giggled before admitting, “Some may say this would be rather narcissistic, but yeah,” to which a sniggering Oprah responded, “If I were you, I would.”

Last night on Oprah’s Next Chapter, Usher admitted to having “an exchange” with his bridesmaid and that he was unfaithful to Tameka towards the end of their marriage. Exchange? Did they exchange presents?

Following their bitter divorce battle, Usher has been awarded primary custody of his two boys and also told Oprah, “This will be the only time that I’ve ever chosen to speak about it. I’ve been a man of integrity throughout the entire process, which I hope my boys will understand.”