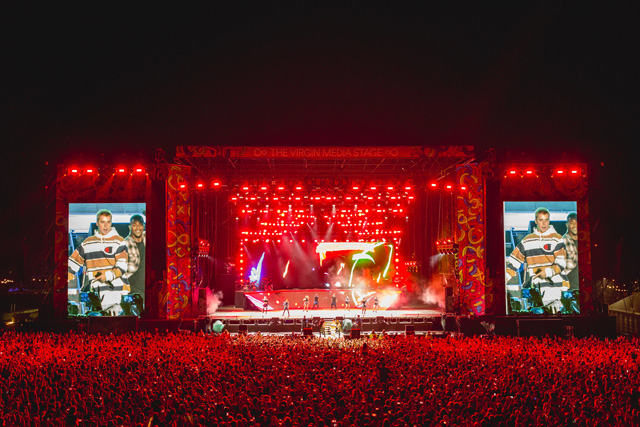 V festival celebrated its 21st birthday and obviously it was a big one.

The festival took place over the weekend with some of the worlds biggest artists aka Justin Bieber and Rihanna. The festival was held in Hylands Park and Weston Park.

This year’s festival seemed to have more pop artists than we usually see at any other festival, mainly including artists that have been at the top of the charts in the past year! From rushing from stage to stage to try and catch each act was difficult and some schedule clashes were annoying but expected.

DNCE amazed the crowd as the first performance on the Virgin Media stage and performed their hit ‘Cake By The Ocean’.  The good old British weather didn’t surprise us as it started to rain before Sia’s performance and having announced to an unimpressed crowd that her performance may not be carrying on, her performance still went ahead and she stunned the crowd with her incredible stage presence. Justin Bieber confessing that he was a little hung-over at the start of his performance showed throughout. We were disappointed like most of the Hylands Park crowd that Justin was miming throughout his performance. The only good thing about Justin’s performance was his backing dancers, I would suggest that if he was going to mime again that he holds his microphone closer to his face otherwise we would have been none the wiser. I would have liked to seen smaller artists perform as I feel they would have put in more effort and appreciated performing in front of such a large crowd but V Festival for me was an amazing experience from start to finish and I met some lovely people. I cannot wait for next year and I would suggest that if you would like to go, buy the VIP experience tickets as cleaner toilets and small queues for food stalls make a big difference.