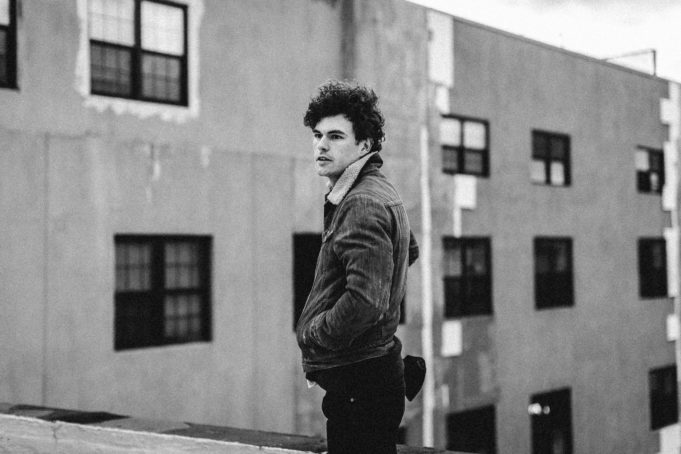 I sat down with Vance Joy backstage ahead of his sold-out show at Brixton Academy in London.

The show was previously meant to be held at a different venue but got upgraded due to high demand.   Vance is currently on a world tour and will be back to London with a show at Alexandra Palace on 13th of November 2018.  Vance had a few fans eagerly waiting outside hours before the gig started.

Tell me about your new album which you released last month?

Well, it’s my second full-length album, which I think is pretty nice! I feel like a lot of effort goes into writing all the songs and I guess doing it the first time around, there’s a lot of pressure and songs are already pre-written but when it came to the second one you start from 0 and have to turn it around to be able to release an album! You don’t have your whole life to write the songs! It feels like a relief that everything is out now.

I usually start with a melody or a guitar riff and every so often, you’ll play something and there will be a spark in your mind! I’ll usually start from that.

You are playing to a sold-out London audience tonight, how does that feel?

Feels great! We haven’t been touring in England or Europe for a few years so I’m glad we’re doing it again and to have these many people coming to a show is insane! It’s very encouraging because we love touring here and we know there are fans here but we haven’t really focused as much because we’ve spent a lot of time in the states for touring which was great but it’s nice to know that we can go around the world a little bit more now. Your tour extends across the world where are you most excited to visit?

Well, I really like coming to the UK and I’m looking forward to going to Paris and I’m also excited to go to Latin America and South America, this will be my first headline shows there. I think in terms of fans, people would have been waiting and it’s going to be great to get the opportunity to see them!

What do you miss most about home when you are on tour?

Hanging out with my family and friends! I miss the people and sometimes you can miss the smells and the weather but I think its mainly just having that holiday vibe and that normally only happens around Christmas anyway so I usually look forward to that!

Three items that you always take on tour?

Ooh, this is hard; I would take my perfume because you want to smell good, obviously! I would take hair product and my uniform, which is just my jumper and jeans.

Looking back from your first concert to now how do you feel you have grown during this time?

I think you definitely just get better and more comfortable on stage the more you do it! I think the first few shows; I was just trying to get it out the way and looking at my feet rather than interacting with the crowd so I think there’s a lot of ways you can change and it becomes easier to be yourself on stage.

You’ve hit the stage a ton of times at this point and we know shows don’t always go as planned any embarrassing on stage screw-ups that have stuck in your mind?

Nothing has been like so embarrassing that it’s painful but in Leeds, I started playing the wrong song and the band didn’t say anything because I was so adamant that the song was meant to be that and the band came in and everyone was half a step out and in the wrong key, it sounded horrible!

I think it’s fair to say many of your fans fall into the category of die-hard that must be quite intense?

It’s nice to know that there are fans that really know your music and I haven’t had any encounters as of yet and nothing that has interfered with my privacy or anything! I haven’t got any stalkers… yet! No No only kidding, I don’t want a stalker!

What is the strangest thing a fan has ever given you

I got a photo in my mail and it was a picture from a magazine of a couple jet skiing and a red circle around it saying “This could be us” and It arrived at my personal address so maybe I do have stalkers.

What is the BEST piece of advice that you have ever been given?

You can probably surprise yourself with what your body can overcome when you have to work whilst sick! Just push on and if you’re into writing music, there will be lots of obstacles and pressure from a record label or whatever it is, keep working on your songwriting craft and you’ll overcome those obstacles.

What are your plans after you wrap up the tour?

I think it will be holiday time so I’ll probably go back to Australia and I’ve made a list of places I want to go and I really want to tick off Japan or New Zealand.