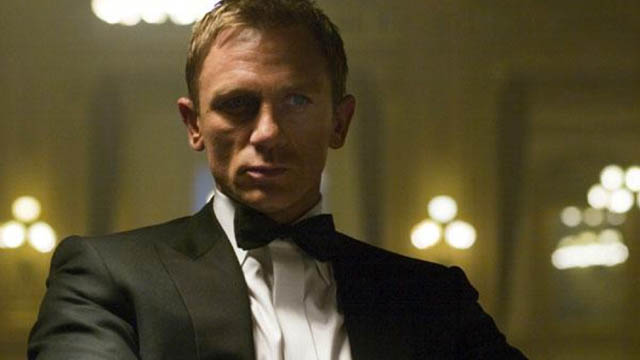 You’ve all seen the show Catfish. The show which catches creepy old men pretending to be young studs to attract women online. The one telling the truths about online dating, finding out that the 26-year-old estate agent you’ve been talking to is actually a retired plumber from Rotherham.

Well, we’ve actually got a bit of a confession. We’ve been doing a bit of catfishing of our own. But don’t worry, we aren’t Tom, 24, from Manchester, or Louise, 19, from Lincoln that you’ve been chatting up on Tinder. We’ve actually been catfishing the online live casinos posing as James Bond. And it’s actually rather fun.

Let’s face it; we’re never going to be Bond. I’m never going to be sipping a Martini – shaken not stirred of course – with Eva Green on my arm. I can’t even wear a tux without looking like a Spanish waiter. But I can enjoy one of his favourite past times without the need of potentially embarrassing myself further in my ill-fitting suit and Tinder match, although I’m a little perturbed by Debbie, 23, from Leeds’ obsession with Werther’s and Antiques Roadshow – we have yet to meet. And with tons of online casinos, we’re kind of spoilt for choice. You see, the rise of online casino and live casino has been simply phenomenal. In fact it’s shot up faster than the iconic Aston Martin DB5’s ejector seat in Goldfinger, giving players an experience closer to what they would get on the real tables of Las Vegas or Monte Carlo.

Since around 2003, following the Moneymaker Effect which saw the first ever player to qualify online win the World Series of Poker (which saw the poker boom), brands have been thriving to give users the closest experience to the real thing as they can in an uber competitive market, shifting from desktop to mobile and vice versa.

Today that market is well into the billions. The gaming market overall is worth over $40billion with a big chunk of that coming through online gambling and that’s still rising. So brands are continually trying to get to the forefront of the industry to woo new users.

It’s Live Casino which is what’s in fashion right now, with the new PokerStars live dealer games touching down this month and a cluster of them popping up across the internet. It’s brought users closer to the action with an actual dealer in sight, and to be quite honest, more importantly has added a bit of glamour by taking me that little closer to Daniel Craig without the pecks.

It’s what had been lacking in the online industry for many years. If we go to Las Vegas, or even the local out-of-town casino in the UK, we get the full experience. The lights and sounds of the slots. The atmosphere. The tension. The joy of watching someone win a prize pot. The sorrow of a reveller when the ball lands red. And most of all, the charisma, charm, and warmth of a croupier and the chance to actually have a conversation with the dealer. Now that’s here and it will no doubt change the face of online gambling once again.

Sam Hobcraft, the Director of Casino at PokerStars described it, saying, “Live dealer games appeal to a broad array of players who enjoy the added level of authenticity and trust that comes from seeing the action occur in the analogue world.”

Not only that, but it will allow users to chat and interact with the dealers in the special PokerStars studio casino set up in Riga, Latvia. And if Eastern European casinos don’t suggest 007 then I’m a nerd with a beard in his 20s and, well, not Bond.

The live casinos, such as the recent opening of PokerStars’ are offering all manner of games, from blackjack, to roulette, to baccarat, to Hold’em; bringing brick-and-mortar and online closer than ever before.

However, it isn’t just weedy, immature men posing as strapping secret agents like me playing though. In fact, the introduction of Live Casino has actually seen more women entering the market.

In fact, today there’s a fifty percent chance that you could be going head-to-head with a member of the opposite sex, rising from a third over the last few years. That’s partly down to the rise of mobile games, with over 16 million female gamers in Britain alone (that’s around 35% of the population!). And it does show in how brands are operating their casinos. For example, if Live Casino would have arrived five years ago, the likelihood is that most croupiers would have been attractive young ladies, perhaps a little more scantily clad – in fact, if you will, Google and you’ll find them. But mostly, instead we’re seeing both men and woman dealing us cards in Hollywood style set-ups.

Teaming up with Evolution Gaming, PokerStars have put together a casino that wouldn’t look out of place with Bond and Le Chiffre sat around it on the set of Casino Royale, becoming the first in the world to use Immersive Lite Roulette, which is already taking the relatively new Live Casino industry to the next level.

That includes close up views and automatic cutting, meaning you can see the action up close as well as creating a more casino-like atmosphere.

So if there’s no casino in your area and you’re feeling lucky, or like me, fancy yourself as a bit of a Bond in your spare time, it’s worth playing. In fact it’s the perfect practice spot before hitting the real tables, particularly with the ability to interact with the dealers themselves.

The gaming revolution is still in full flow, and it’s as exciting as an episode of Catfish.

So what’re you waiting for? Get yourself online and playing. It’s where you’ll find me. The name’s Bond, remember. James…