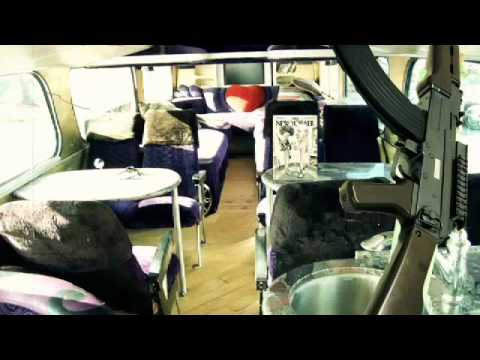 Chicago’s Verbal Kent has come back to the UK after four years with an official release.  His last single the massive ‘Dead Serious’ featuring Ill Bill was taken from the critically acclaimed album ‘Move With The Walls’ and now with the new double A side ‘Examples ft Lance Ambu /Now, one of hip hop’s hardest workers is back.

Speaking ‘dead serious’, his string of critically acclaimed singles and albums may not have seen the light of day as the rapper’s near death experience shortly after his debut release, saw an attempt on his life. His throat was slashed in an alley near his home, the wound just missing his jugular vein by centimeters. Surviving the attack Kent went on to use his music as a source of therapy, helping him to create new music. His stage persona has been taken from the notorious Verbal Kent character narrated by Kevin Spacey in ‘The Usual Suspects’.

Kent explains, “I rap for my own good. I rap to release all pressure and all that is uneven. It is and has been my resource for dealing with many realities that can’t be addressed and dealt with in any other way…or at least for me. I’ve been through a lot of positive and negative, and I’m no fool. I feel strong in knowing that I’m gonna be ok”.

The double A side single ‘EXAMPLES’ ft Lance Ambu has been produced by Illmind and ‘NOW’ has been produced by the UK’s own Kelakovski. The release is the first offering from the new album ‘Save Yourself’ which will be released in the autumn. Featuring on the album are production cuts from hip hop heavyweights Pete Rock, Marco Polo, M-Phaze and Ill Mind and featured guests Masta Ace, Sadat X, Edo G, One Be Lo and Pete Rock.

Verbal Kent has built continually with the overseas community via various European tours, and notably a UK tour in 2006 in support of the ‘Move With The Walls’ album, developing huge respect for his rhyme skills, subject matter, energetic live performances and work with a series of renowned hip hop producers.  His UK collaborations include Blade, Phi Life Cypher, Sonny Jim and Soweto Kinch, while his live and recording work Stateside reads like a “Who’s Who” of the hip hop world, including KRS-1, GZA, Sean Price, Cypress Hill, Redman, Mr Lif, Little Brother, Masta Ace, Pharcyde, De La Soul, Sadat X….

Working mainly with Chicago’s Gravel Records since 2003, Move With The Walls was followed by the album ‘Giraffe Nuts: Eat Them’ in 2007 before switching briefly in 2008 to Molemen Records for Fist Shaking. He rejoined Gravel once more for ‘Brave New Rap’ in 2009.  Now on his own Bare vs Dear imprint for the new single and album, this prolific output has kept him at the forefront of the international hip hop community, culminating in recent features for magazines such as XXL.

The new single, with accompanying video for ‘NOW’, is a typical example of his consistent level of high quality hip hop in his wordplay over superior beats, the perfect blend of vocal skills and music.  There has been great anticipation already from many of the key tastemakers in the UK community, and combined with a planned tour of the country in the autumn in support of the new album and a new Pete Rock produced single, Verbal Kent can look forward to a warm welcome from many old friends this year.