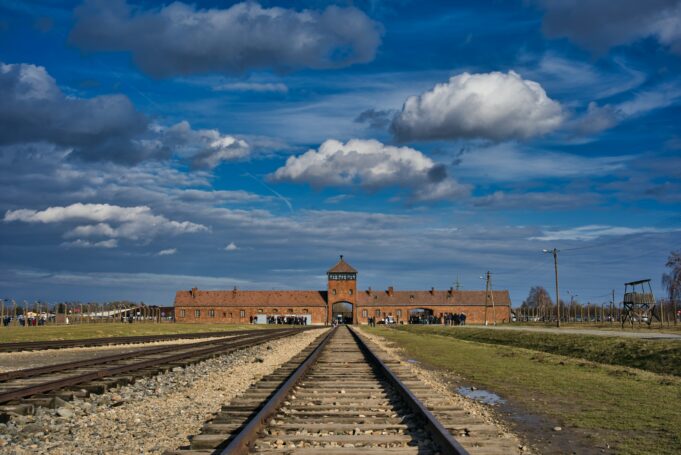 Although many decades have passed since the end of World War II, some of the reminders of that time have survived through to the present day.

One well-known example of this is Auschwitz. Throughout the Holocaust, this notorious concentration camp held around 1.3 million Jewish individuals, most of whom were murdered at the hands of the Nazis. If you’re visiting Poland, you may want to consider spending some time visiting Auschwitz to pay your respects and to learn more about what happened in this infamous location.

Millions of people were forced into hard labour within a number of concentration camps during this dark period of history. Some may say that Auschwitz is the most notorious, or at least the one death camp that most have heard of. The journey from Krakow to Auschwitz might be fairly short, but the differences between the thriving city and this abandoned place of death can be astounding. It is believed that over 1.1 million people might have been killed here, even though the camp was only in operation for 5 years. Due to this, you may want to take some time to pay your respects to those that faced these horrors. A visit to Auschwitz can help you to learn a great deal about the evil that occurred in the place, as well as to understand some of the realities of war.

Although visiting Auschwitz can be a memorable day out, you may want to really think about how you conduct yourself when on-site, especially if taking children with you. While some of the broken walls or even old sections of the railway may look fun to walk and play on, or even use for artistic photographs, this may be seen as incredibly disrespectful. When within the camp boundaries, it can be a good idea to bear in mind that this is a location where people were forcefully imprisoned and killed. Taking photographs in itself may not be an issue. It can be more about how you behave, as well as what you do with those images afterwards.

There are a number of ways that you may have already tried to gain perspective on your life. This could especially be the case if you feel anxious, or that life isn’t quite going your way. While Auschwitz can help to educate you on the travesties that occurred in the previous century, it may also help you to consider what is really important in your life. You may find that having visited this notorious and poignant location, your own problems feel far less dire. This may also help you to gain some gratitude and appreciation for the things you do have in life, such as family, a home, and even life itself.

Visiting Auschwitz can dredge up a number of emotions, even for those who don’t normally acknowledge them. Many people visit this site each year to commemorate the dead. When you visit, you may want to pay extra attention to how you and your group behave, so as not to disrespect the memories of what took place on this site.