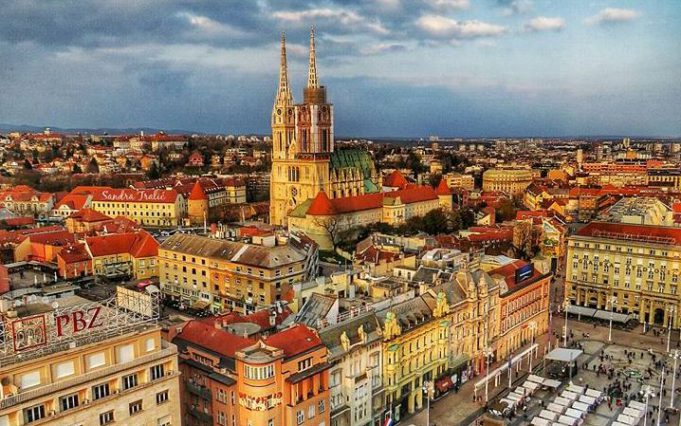 Croatia is fast becoming a very popular place to visit, with the Independent reporting on the fact that bookings were up by almost 50% from 2015 to 2016. So, you’ll have doubtless heard friends, family members and colleagues exclaiming how wonderful it is.

And they’re absolutely right – the sunshine, the walled town of Dubrovnik, the bustle of Zagreb and the mouth-watering cuisine that fuses Mediterranean influences with Eastern-European flare is all worth visiting for.

But, what people are less likely to talk about is Croatia’s rural side – and that’s simply because tourists tend to head to the kinds of locations made famous by Game of Thrones instead. Those places are undoubtedly beautiful, of course, but if you want to unearth the entirety of this European gem before swathes of tourists cotton on to the same idea, here’s what you need to know about the country’s rural side before jetting off to Croatia…

As well as its stunning beaches and coastal towns, Croatia consists of mountains, forest and farmland. It’s made up of more than a thousand islands in the Adriatic Sea (though only 48 of them are permanently inhabited), and it’s close to Italy, with neighbours including Slovenia, Hungary, and Bosnia and Herzegovina. So, you can expect varied terrain – pack your hiking shoes for some beautiful walks, as well as swimming costumes for days that lead you to sandy shores.

Before you lay your towel on the beach, why not explore one of Croatia’s national parks? Deep, rich forests account for 44% of Croatia’s land surface, so it’s the perfect place to go if you enjoy the peace and solitude of a walk beneath the copy of leaves with undergrowth cracking underfoot.

The oldest national park in Croatia is the Plitvice National Park, and it’s brimming with rivers, lakes, waterfalls. The water takes on different hues across the park’s sixteen lakes, ranging from grey to blue and mint green. It’s clear enough to see the fish swimming in it, and the foliage is particularly spectacular in autumn too – the changing leaves will leave you awestruck with their beauty, and you’ll always remember the pockets of butterflies dancing along the wooden footbridges during a six-hour exploration of the entire park.

Don’t miss the opportunity to see Krka National Park too. 160km south into Dalmatia, this National Park features a river that rumbles through a canyon that’s 200 metres deep, as well as waterfalls and lakes. The park is also home to more than 800 species of plant life, as well as bats, birds and reptiles – so it’s perfect if you fancy snapping photographs of the natural world. Bring your swimming costume (you’re allowed to swim in some of the waters here), and book yourself onto a boat excursion: you’ll see more of the park that way, and your guide will happily tell you lots more about this beautiful part of Croatia.

An hour from Krka is Paklenica National Park – a mecca for rock climbers. The mountains here are excellent for climbing and remote hiking, and those who have been lucky enough to drink in the fresh air and scenery here claim it looks a bit like something you’d expect to see in Lord of the Rings. Bear in mind that temperatures can reach 30°C and higher in the summer months, so consider visiting in spring or summer if you want a more temperate walk. But whatever time of year you visit, rest assured that this national park is the least touristy of them all – you won’t see anywhere near as many people here as you will in Plitvice or Krka.

But how about exploring one of Croatia’s islands? Head to Mljet by hopping on a ferry from Dubrovnik: this island is the greenest one in all of Croatia, with dense Mediterranean forest to explore. Walk among the pine trees, sample some of the island’s wine and goat’s cheese, and take a boat to the island of in the middle of Veliko Jerezo (‘big lake’) to see a Benedictine monastery that has its origins in the 12th century.

There are numerous other beautiful islands, including Brac. The highest peak on the island is almost 800m, making it the highest peak on the Adriatic mountains. From the top, you can see down into valleys and fields, with beautiful pockets of pine trees. Head to the south side of the islands for pebble stone beaches, or stick to the north if you fancy an authentic Croatian feel, rather than anything too touristy.

So, are you tempted to explore rural Croatia now that you know what’s waiting out there for you?

5 Travel Tips You Need To Know Before Visiting Greece