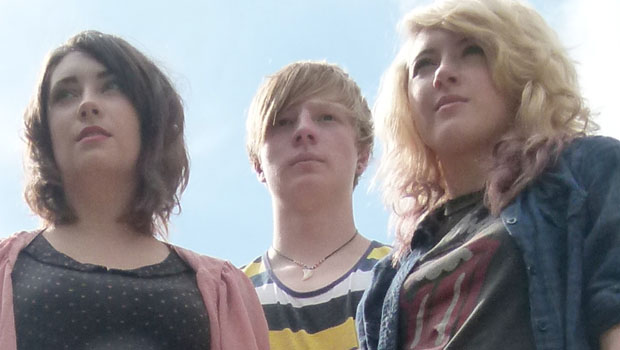 Hundreds of music acts and groups entered our competition to win £2500 of promotion with Flavour Mag and Ditto Music. After whittling down that number to our 14 favourites we thought that the responsibility of giving one of these brilliant artist/s the greatest promo opportunity EVER should be left up to you!

Have a listen to their material check out their contacts and decide who you think should win by adding your vote on the poll below.

Voting closes at midday on Janaury 31st and the winner will be announced.

Figure Flows
After a life where the gang culture became an option Figure Flows has come of age and whilst he details his story this is not your generic rapper come good mould. With videos that have been shown on SBTV amongst others and his mix-tape coming soon-you think he should win?

With a serious flow that entices and a CV that already has some heavyweight names think master of beats Rodney Darkchild Jerkins and a personal invite by Diddy to appear alongside Tinnie Tempah on the Hello Good Mornin remix Truth is indeed bringing a true hip-hop.

Leon is the 22 year old singer/songwriter from North London whose got the swagger to boot. Highlights of his career thus far include singing to Erykah Badu-check out his soulful talents-the guy is what you might call a young crooner brilliant.

This is singer vying straight for the charts with his brand of pop RnB. Highlights in his career include support act for Trey Songz, Big Sean and Dru Hill not bad hey? Go check him out his music on his website.

Merki and Shivaa take that brotherly love to a musical extent and bring their collective talents together to create some excellent sound. Highlights are numerous from SBTV to Flavour magazine check it out there’s some real vibes from these guys.

This is a four man band from Amsterdam who bring something completely different yet engaging and great to the ear it’s a fusion of rock and indie that keeps you nodding that head go check them out-check out that surreal vid too!

Born in East London Lady Marga MC, has always had a passion for music which has lead to her featuring in NME, The Times, RWD, The Guardian, Heat Magazine, The Metro Newspaper as well as support from US media such as Digiwaxx and TV Channel BET International-what you reckon?

Blessed with some tight soulful vocals this lady takes it back to soulful RnB-she is currently working with Gavin Christopher who has worked with Chaka Khan-not bad hey?

This is a rock band from Luxembourg who combine uplifting sounds with rather profound lyrics-check out their rather interesting video-incidentally they won the Luxembourg competition Brand your Band Contest 2012-I like!

This is a 3 piece alternative/indie rock band from Bury, Lancashire who have been compared to huge groups like Radio Head-their self-penned album is out now go check it out-Grass is a great song!

Highlights of this North London singer song writer have been recording at Abbey road studios and working with producer Alan Glass who has worked with Whitney Houston amongst others-check out her brilliantly distinctive vocal!

After Dark Movement or ADM

This is a 6 piece band who can best be described as similar to Clement Marfo and The Frontlines but I think they are better as they drop a grime/hip-hop/soul fusion-here they kill it!

This 21 year old singer from Nottingham is certainly blessed with a brilliant ”urban” voice-check out this light hearted almost jazzy flex from her excellent also check her cover an Usher track.

This is a Birmingham based funk / soul / hip hop band called Genius Collective who have performed on numerous occasions for the BBC. Check this cover of the brilliant Stronger Than Me by Amy Winehouse.