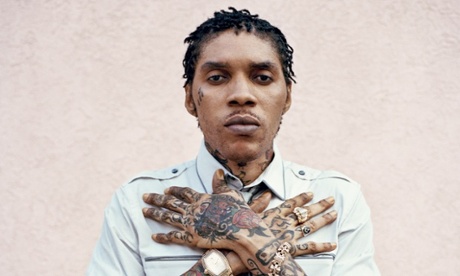 After three years in custody and what was reportedly the longest trial in Jamaican circuit court history, dancehall artist Vybz Kartel was convicted of murder and is now facing decades in jail after being handed down a life sentence. The often controversial dancehall star won’t be eligible for parole for 35 years after being sentenced in Jamaica’s Supreme Court yesterday.

Kartel, born Adidja Palmer, and four other men were found guilty last month of murdering a man called Clive ‘Lizard’ Williams at his Jamaican home in August 2011. It was the second time Kartel had been accused of murder, though the earlier case against him in relation to the death of music promoter Barrington ‘Bossie’ Burton collapsed last year.

The star’s legal reps maintain that their client is innocent of this murder charge too and have already initiated an appeals process that is likely to take up to a year. They maintain that evidence was fabricated and manipulated—including text messages on Kartel’s phone referring to Williams’ remains as “mincemeat” (his body was never found), and detailing plans to flee. The murder allegedly took place at Kartel’s home during a dispute over missing firearms.