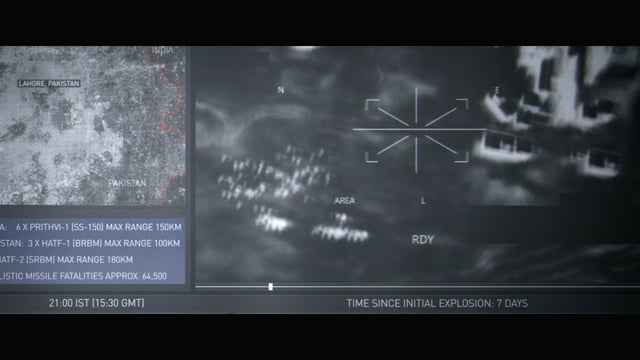 Following on from the resoundingly positive reception from its world Premiere at the 2014 London Film Festival, Tom Harper’s (Woman in Black: Angel of Death, Scouting Book for Boys) eagerly anticipated and powerful thriller, WAR BOOK, comes to cinemas for a series of special one-off event and discussion screenings taking place around the country on August 7, 8 and 9. The film will then air on BBC Four.

Written by acclaimed screenwriter Jack Thorne (The Scouting Book for Boys, This is England 86/88/90, E4’s Glue), WAR BOOK tells the story of a chilling war game taking place between a group of government officials which exposes the fragility of everyday life and those who govern it and boasts a stellar British cast including Sophie Okonedo (After Earth, Hotel Rwanda), Phoebe Fox (The Woman in Black, One Day), Ben Chaplin (The Thin Red Line, Remains of The Day), Antony Sher (Shakespeare in Love, Mrs. Brown), Kerry Fox (Shallow Grave) and Nathan Stewart-Jarrett (Misfits).

WAR BOOK takes place over three days as nine civil servants gather to take part in a policy-shaping scenario. They are there to take decisions on Britain’s reaction to an international nuclear attack. At first the participants are casual, playing out the scenario against a backdrop of their own petty squabbles and personal ambitions. Only two participants know the truth – that the country is secretly facing a real nuclear threat, and that their theoretical responses may become reality, sooner than they can know.

As the scenario escalates and the group begins to address the breakdown of civil order, the reality that they are deciding our futures dawns. When personal politics crash irrevocably into the room, each is forced to look closely at what they really believe, and how much their decisions are actually worth.