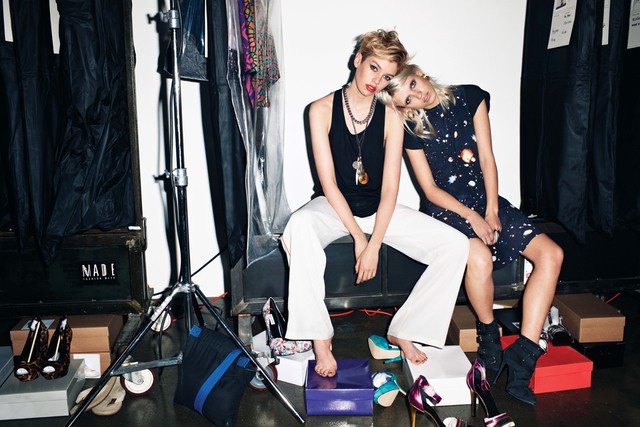 This edgy fashion week that spans Paris and NY.  MADE  is a year-round, dynamic platform that connects emerging talent in fashion, music, art and pop-culture

We are excited to be hosting our own LFW closing party with London Ethnic, which will feature a Fashion Show and After Party in aid of Help A Capital Child Help a Capital Child, was set up in 1975 to help disadvantaged young people from London affected by abuse, homelessness, disability, poverty and illness. Flavourmag, London Ethnic & Fashion London are hosting a Closing Party for Fashion Week in aid of Capital FM’s charity ‘Help A Capital Child’ at one of London’s most extravagant venues – Rise The Superclub, 1 Leicester Square, at the heart of the Capital.

London Ethnic was born from the desire to give fashionistas around the world the opportunity to acquire authentic London fashion by British fashion artisans. The Fashion Party will feature catwalk shows from some of the London Ethnic Fashion House’s home-grown London Fashion Designers, including Soumia Ghouini, Rabbit Hole London, Carlotta Actis Barone and Rebecca Suanli-Goh, who have been featured previously at London’s Graduate Fashion Week and London Fashion Week shows.  The video above is a snippet of London Ethnic’s last LFW closing party.

The night will be a chance for London’s fashion world to give back to the Capital. It will be held on the last night of London Fashion Week SS14. Guests will include Celebrities, Buyers, Models, Press, Photographers and Bloggers from the Fashion industry. The exclusive fashion party will start from 19:00 till 22:00, then there will be an after party at the club till 03:00.