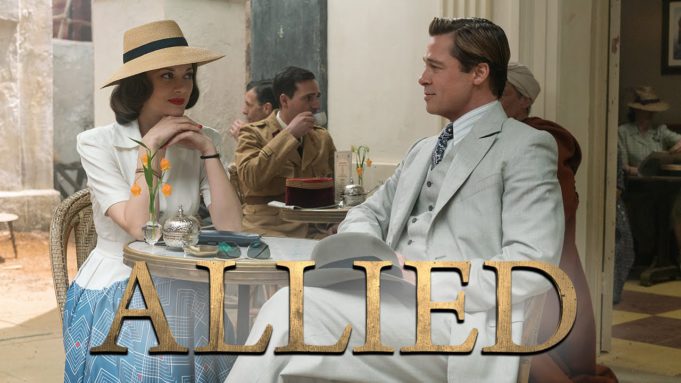 Brad Pitt and Marion Cotillard star in the brand new 60 second teaser TV spot for 1940’s based drama ‘Allied’ and we couldn’t be any more excited.

Allied, which is directed by the man behind films such as Forest Gump, The Walk and Back to the Future, Robert Zemeckis brings together the very beautiful and talented Marion Cotillard and a visible aged Brad Pitt as two assassins who fall in love but with what promises to be a tragic outcome. The storyline sounds extremely similar to that of the film that brought Pitt together with his other half Angelina Jolie, Mr and Mrs Smith.

While on a mission to kill a German official in 1942 Africa, two assassins (Brad Pitt, Marion Cotillard) fall in love, get married and then discover that one is a double agent that the other must eliminate.

No official UK release date has been announced.