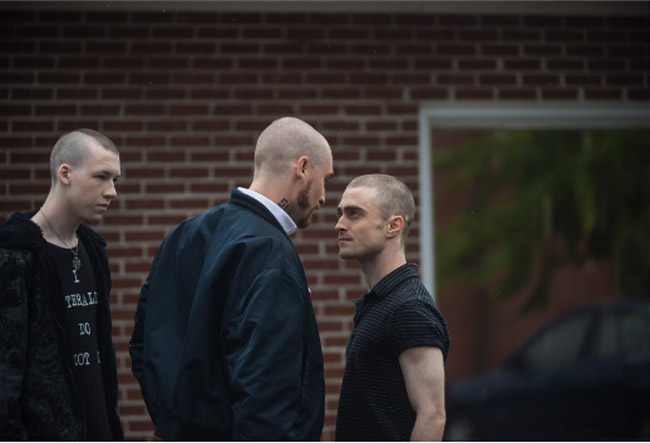 Take a journey into the darkest heart of America with undercover FBI Agent, Daniel Radcliffe in a newly released clip from Imperium.

Starring Daniel Radcliffe (Harry Potter, Now You See Me 2) as Foster in what is being hailed as his more powerful, transformative role to date, and featuring an outstanding supporting performance from Toni Collette (Miss You Already, Krampus) as his wisecracking fellow FBI agent, IMPERIUM also features a stellar supporting cast.

The excruciatingly tense clip features Daniel Radcliffe in character as an undercover FBI agent, taking part in a white supremacist rally, whilst under the threat of violent protesters.

IMPERIUM marks the feature debut for director Daniel Ragussius, who wrote the screenplay alongside Michael German. With German’s own experiences in the FBI informing the script, which is inspired by real events and the experiences of ex-FBI agent Michael German.

IMPERIUM follows Nate Foster, an idealistic young FBI agent who is selected to go undercover amongst a group of white supremacists suspected of initiating a terrorist plot. Immersed in a deeply unsettling, hate-filled world, Nate must fight to maintain control of his own beliefs and principles whilst working to identify the threat and keeping his true identity and motives a secret.