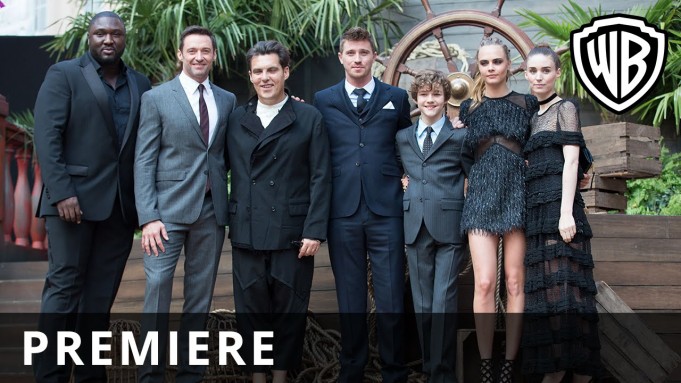 Yesterday saw the sun shining and the stars of origin story, Pan, descend on to London’s Leicester Square for the World Premiere.

After having transformed the square into Neverland, a fantastic idea for a day out with the kids, the stars Hugh Jackman, Garrett Hedlund, Rooney Mara, Levi Miller, Cara Delevingne and Adeel Akhtar all glided down the blue carpet alongside director Joe Wright to the cries of adoring fans.

If you missed our live coverage from the blue carpet of the Pan Word Premiere yesterday you can watch the highlights and a few sneaky clips from yesterday’s premiere.