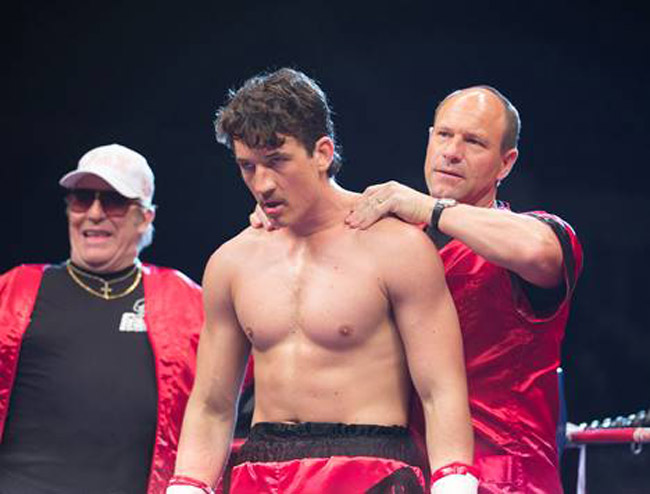 Miles Teller looks set to give another career-defining performance in Bleed for This after his triumphant outing in Whiplash.

Bleed for This is executive produced by Martin Scorsese and has a cast of Aaron Eckhart and Ciaran Hinds coming together to tell the true story of American boxer Vinny Pazienza after his near-fatal car accident.

BLEED FOR THIS is based on the incredible true story of Vinny Pazienza (Miles Teller), one of few American boxers to hold world titles in three different weight categories, who suffered a near-fatal car accident at the peak of his career. Told he would never walk again, Vinny spent months recovering in a neck brace until, against doctors’ orders and without their knowledge, he returned to the gym. With the support of trainer Kevin Rooney (Aaron Eckhart), “The Pazmanian Devil”made a triumphant return to the ring just over a year later.

Bleed For This is in cinemas December 2.