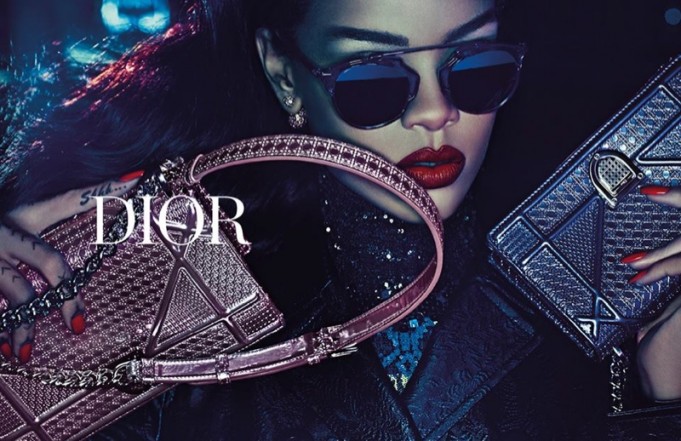 After revealing the stunning images of Rihanna for Doir’s Secret Garden. Doir has now released a bunched of Teaser videos with the pop princess.

Rihanna struts, runs and just generally looks fierce in the new ‘Secret Garden’ teasers, directed by Steven Klein, the clip features a new song from her upcoming album called, ‘If Only for a Night’.

“Rihanna‘s mystery and intrigue combined with her razor-sharp looks and sensibility, are the essential, perfect elements to create the stage for Secret Garden,” Klein said about the film.

Get the Look: Shop Metallic Dresses on Flavourmag.co.uk