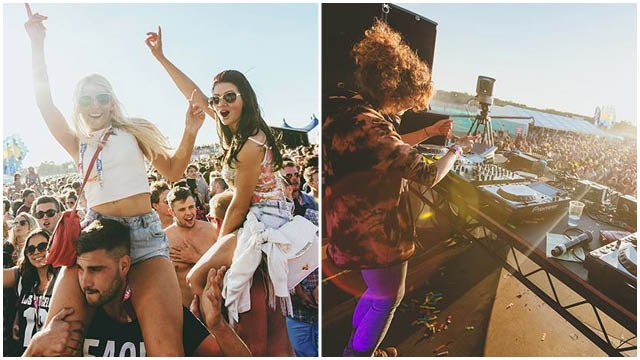 We Are FSTVL started out as a one-day event over the May bank holiday weekend, selling out weeks in advance and attracting 15,000 music fans to Danyms Hall Aerodrome – affectionately know by the team as ‘The Field Of Dreams’.

Offering 10 stages of music hosted by the UK’s leading music brands such as Defected, secretsundaze, Crosstown Rebels and mulletover they set out on a path that lead them to scoop the accolade for ‘Best New Festival’ at the UK Festival Awards 2013, as well as making the iconic We Are FSTVL head-dresses an unmissable feature of the entire festival season.

Following on from their successful 2014, the We Are FSTVL 2015 is expanding over two days, offering festival goers the chance to witness the biggest names in dance music across two days, with day one headlined by international techno pioneer Richie Hawtin, Disclosure and Maya Jane Coles with Fatboy Slim, Annie Mac and Duke Dumont taking main stage honours the following day.

The unprecedented response to their second year, lead them to further accolades, winning ‘Best Medium Sized Festival’ at the UK festival Awards 2014 against competition like Latitude, Camp Bestival and Kendal Calling; an astonishing achievement for an event that has been running for just two years.

Now in full swing with preparations for FSTVL 2015 which promises to be their biggest year to date.