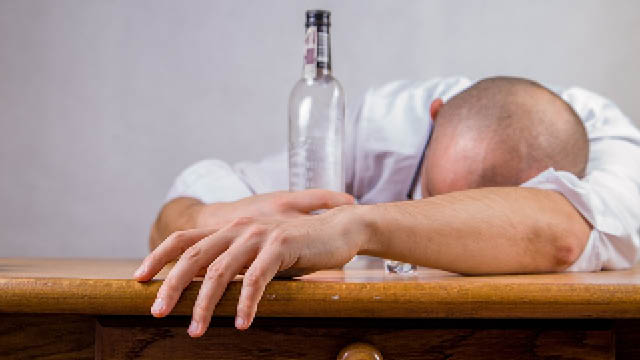 Many of us enjoy a tipple from time to time, and consider it a perfectly safe and routine part of social life.

However, many of us are also naturally eager to make sure that we aren’t overdoing things, so to speak. So, which is safer: going on a binge for just one weekend, leaving the rest of the week for the body to recover, or spreading out our drinking across every day of the week?

Contrary to what Harry Hill might tell you, there isn’t “only one way to find out”. You might want to personally experiment with both methods of drinking to see if there are any differences in how your own body reacts; however, we strongly urge you to instead simply read up on expert opinion.

An experiment intended to clear up a mystery

Doctors Chris and Alexander van Tullekens – identical twin brothers – were interested in investigating this mystery themselves, and so volunteered themselves as guinea pigs for a BBC Horizon documentary that hit our TV screens last year. For this experiment, both brothers would drink 21 units per week, as recommended by government guidelines; however, Chris would drink 3 units per day, which is considered moderate drinking, while Alexander would consume all 21 units on one Saturday.

There are figures suggesting that UK drinkers are more likely to binge than moderate their drinking. In a recent survey by Blu Nightlife, about 31% of us claimed to drink alcohol on one or two days of the week; this compares to just under 3% who reported daily drinking. The government advises that anyone who has engaged in a binge, which it defines as 8 units in a day for men and 6 units in a day for women, should go alcohol-free for the following 48 hours. However, Alexander noted in the Daily Mail that “we don’t actually have very good data for any of our alcohol guidelines”, making this experiment crucial. Read about the truly eye-opening results…

Though, early on, Chris seemed to fare worse than Alexander, with more disruption to his sleep, the brothers suffered from roughly the same soaring levels of inflammation, which is linked to cancer and heart disease. Furthermore, Alexander had three times the amount of “bacterial endotoxin” in his blood; his stomach and intestines had leaked bacteria into his bloodstream. This led him to conclude that weeks, not days, were likely necessary for recovery from a binge.