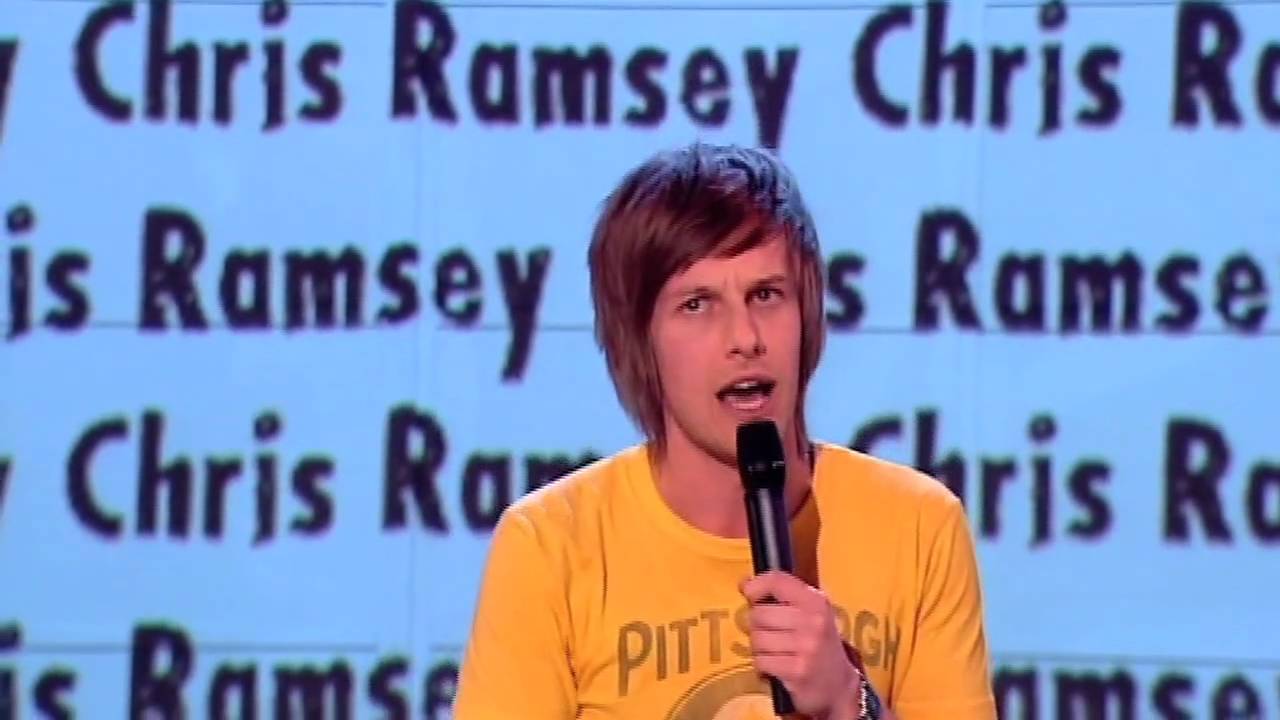 Chris Ramsey is one of the most exciting comedians to appear on the comedy circuit in recent years. We caught up with the man with the best hair in comedy to discuss amongst other thing his new Edinburgh comedy award nominated Offermation tour. You easily have the best hair in comedy today was that a conscious decision?

Definitely. I compiled a list of the best hair in comedy and set out to beat them all. I had pictures of Noel Fielding, Ross Noble and Tim Minchin jammed into the frame of my mirror cue montage of me looking at the pictures and my reflection, uplifting montage music and scenes of my doing press ups, jogging and getting the split ends trimmed off in order to encourage growth – Of course it wasn’t! I’d look like this if I worked in Greggs (Probably be forced to wear a hair net though)

It feels like you’ve become a popular face on the comedy circuit almost overnight, what’s been your stand out moment so far?

Yeah, I’m really lucky to have come so far in such a sort time. The highlight so far probably has to be getting nominated for the Edinburgh Comedy Award last year, came as a massive shock, I was already having a great time at the festival and that just topped it off.

Can you tell us a little more about the concept behind the Offermation tour?

It’s my first UK solo tour, and the show is the one that received the Edinburgh nod.  The word means ‘information that is given without being asked for, especially information that is useless or unwanted’ which I feel sums up most of our communication these days. The main body of the show is based on round robin letters that I receive from people I don’t know, with stand up and anecdotes and a lot of crowd interaction – that’s my favourite part of the show.

What is the inspiration behind your material?

The letters I just mentioned really, and also just things that have happened to me. 99% of my stand up is true stories and events that have happened and I’m just retelling them and possible adding a bit of artistic licence. A LOT of this show is 100% true.

You’ve now appeared on shows like Never Mind The Buzzcocks, 8 out of 10 cats and Argumental. Do you prefer TV over live stand up?

Stand up. Especially my own solo tour. When everyone in the room is there just to see you, it’s an amazing feeling. So humbling… and pretty daunting too. NO one else to blame if it goes tits up! Doing those shows is amazing too, I still can’t believe it when I do them, I feel like I’ve won a competition.

Who are your favourite comedians?

If for some reason the gene that makes you funny stopped working what would you do for a living?

I’d love to work in a zoo. Just playing with and feeding the baby monkeys and stuff though, not doing something rubbish like cleaning out the bird cages.

You’ve got a parody Twitter account in your honour was this when you first realised that you’d ‘made it’?

I think there are a couple. There is definitely a ‘fan’ one which has about 5 followers… pointless! I don’t feel like I’ve ‘made it’, not by a long way, there is so much more I want to do. Hopefully this is just the start.

For any aspiring comedians what key piece of advice would you give?

You’ll never know until you get up on that stage and give it a go.