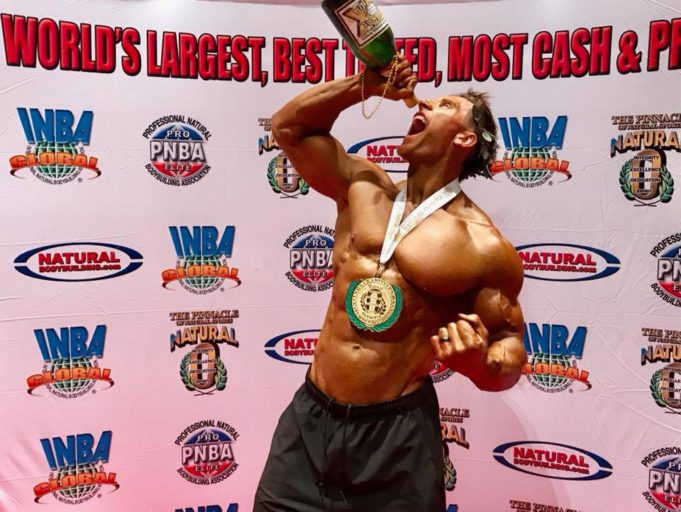 36-year-old Rob Terry, from Swansea, has scooped bodybuilding’s ‘Mr. Natural Olympia’ Trophy after a weekend of competition on the Las Vegas strip.

Standing 6ft 4 inches, Rob towered over competitors from all over the globe to win the judge’s verdict. The Olympia trophy marks a culmination of massive bodybuilding wins for the man who was once eyed up by WWE’s Chris Jericho to be his on-screen bodyguard.

Big Rob moved to the states after being spotted by WWE officials during a bodybuilding tournament more than ten years ago. He would later sign a developmental contract with the wrestling group where he twice held the Ohio Valley Championship in their development territory.

Rob would go on to find further fame in wrestling after signing with rival wrestling organisation TNA,  where he held their Global title.  It was whilst working for TNA that grappling legend, Hulk Hogan would support the Welshman on his quest to complete his travel visa. “I remember Hulk said that he would help me, and he provided personal details for the paperwork. A lot of people say that they will help you in the wrestling business but he really came through for me and I appreciated it”, says Rob.

When Hogan and other major wrestling names departed TNA, the wrestling outfit would downsize, leaving Rob with more time to concentrate on his bodybuilding career.

After signing as the official spokesperson for supplement company LegendSupps.com, Rob would launch his own protein range called ‘Welsh Warrior’. Next, he would seek to prove himself once again on stage.

“I’d been on vacation with my wife and some friends of ours. I had a great time, ate loads, and decided that when I came back from my holiday I’d fully commit myself to getting back to competition shape”, shares Rob.

After initially leaving bodybuilding to pursue a career in pro wrestling, the move back to bodybuilding would bring the gentle giant full circle.

He carefully measured his macronutrient intake, monitoring levels of protein, carbs, and fats, and started pumping iron like never before. The focus and determination paid off in the summer when Rob scooped a host of trophies, sweeping the board and winning every competition he entered.

Following the encouraging regional success, Rob would set his sights on the big one – Mr Natural Olympia.

“I have to remind people all the time that I’m a natural athlete”, says Rob. “People say how can you be that big and be natural. The truth is that I have great genetics and I work very hard to be the best. I’m the largest natural bodybuilder in the world”, commented Rob.

And now it’s official because, on Sunday night, Rob’s arm was lifted in victory as Mr Natural Olympia. This was the first time he had ever entered the prestigious tournament, held annually at the Rio Hotel in Las Vegas.

I had the pleasure of meeting up with Rob shortly before the Natural Mr Olympia showdown at a gym in Clearwater, Florida, for a killer training session. I’ll be sharing what it’s like to train with the world’s largest natural bodybuilder with Flavourmag readers soon.

Catching up with the big man immediately following his win for a comment, Rob was ecstatic:

“This is the culmination of a lot of hard work. I’m just so over the moon with everything right now”. 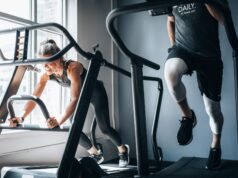 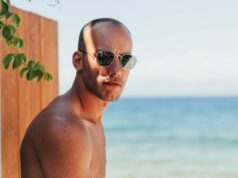