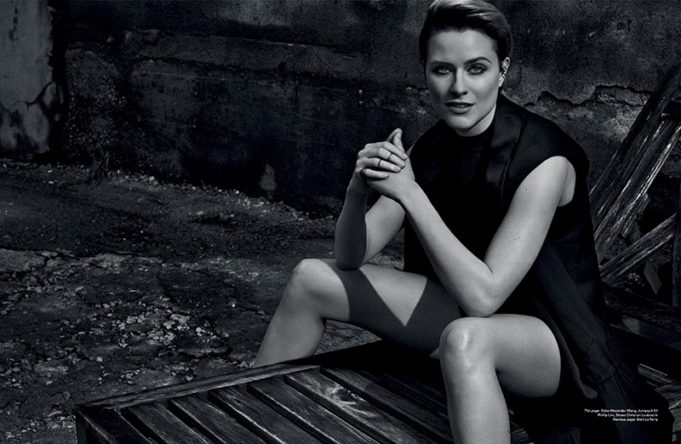 Westworld star Evan Rachel Wood who plays Dolores in the HBO smash hit TV series Westworld has probably just posed for her must sultry photo shoot ever in Exit Magazine.

The actress, who plays a robotic rancher’s daughter who slowly gains sentience on HBO’s Westworld, who identifies as bisexual which she revealed on Twitter way back in Aug 2012, looks amazing in the new images.

I myself am bisexual and have always "joked" about miley giving me gay vibes. Not a bad thing! Just an observation.

Think ultra strong feminine vibes and you will start to get a picture of the shoot with Exit Magazine.

Evan Rachel Wood, who stars as the park’s damsel-in-distress host, has promised fans will see an “unleashed” version of the character when the series returns to screens in 2018, after revealing a glimpse of a more ruthless side in that season finale.

“I’m really curious to see the unleashed version of her that we caught a glimpse of at the very end of the finale,” she told EW.