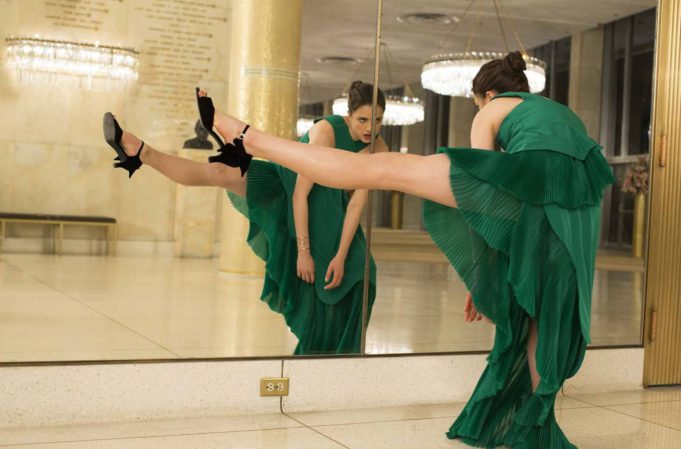 Breaking the mould of the usual fragrance adverts which normally see’s a hot celebrity in glamorous clothing and makeup, usually a couple of hot bodied men and some sort of sexual desire, Kenzo’s new 3.48 minute video completely destroys this concept and it is insane. This is what happens when you call director Spike Jonze who created Fatboy Slim’s Weapon Of Choice and films like Being John Malkovich to create a fragrance advert.

Featuring the track “Mutant Brain” by Sam Spiegel and Ape Drums, the advert has been choreographed by Ryan Heffington.

The creativity is surreal, and completely unexpected. Have you ever seen anything like this? We love Margaret Qualley who literally does every thing from licking statues to flips, shooting lasers, twirls and raging in a manic fit through a hotel.

If you have already seen Margaret Qualley in The Nice Guys, then you will remember her running through the movie is a similar dress to the one in the Kenzo video, however the dress in The Nice Guys was yellow.

Hats of to you Spike Jonze, our love for you has raised tenfold.