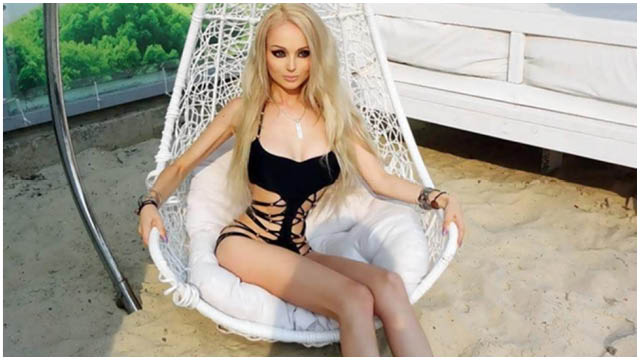 You may have heard of Valeria Lukyanova, a young woman from Ukraine who has been likened to a real-life Barbie doll.

She claims to have never had plastic surgery but there are many people in the media and online who do not believe her doll-like look is completely natural and when looking at photos of the young model it’s easy to see why.

However, it’s safe to say that those who look like human Barbies, won’t be simply buying cool Barbie fashion or dying their hair blonde. More and more women (and men) are now posting pictures online or contacting the media, in an attempt to rival Valeria and aiming to look more and more like dolls each time.

Many of these are happy to admit they have had surgery. Rodrigo Alves, for example, has spent more than £175,000 on plastic surgery to achieve his look. This money has bought him 31 surgeries, which include ab implants, liposuction and box fillers. One of these operations was a six-in-one surgery involving a fourth nose job, a traumatic procedure that involved cutting the skin around his mouth and gums to create a bigger smile and having his toes pinned back.

Over in Russia, Angelica Kenova is attempting to up the stakes when it comes to looking like Barbie. She has been guided into the lifestyle by her parents who apparently won’t let her choose her own clothes or let her go out alone and even hired a personal trainer to achieve a tiny 20-inch waist and 32E bra size (although she claims to have never had plastic surgery).

She works out five times a week, in two to three-hour sessions to maintain her figure with a customised work out that targets her buttocks and waist and proves that looking like Mattel’s Barbie definitely comes with a price.

Branching off from the long-legged Barbie, doll-like appearances are a common trend amongst young girls now, with the Lolita fashion trend being utilised as an easier (and much less invasive) way of achieving a doll-like appearance, using Victorian-Esque clothing, pastel coloured wigs and circle lenses to make eyes appear larger.

Venus Angelic is a good example of someone who is seen as a living doll. She started her YouTube channel at just 13 years old and now has a huge fan base online, who follow her doll make up tutorials and fashion videos.

Venus simply enhances her already very doll-like features; she has a natural smallmouth, is petite and has adopted a regular beauty routine to maintain her porcelain skin, as well as using circle lenses and makeup.

So what does it take to become a true human Barbie? Lack of self-esteem, plenty of savings and hours of rigorous exercise and surgery it seems.

People claim Barbie and Ken are unhealthy role models for young people, but what they need to remember is that they are fictional characters and those who aspire to achieve similar looks usually start on the self-destruction and plastic surgery path long before they realise they look like Mattel’s creations.