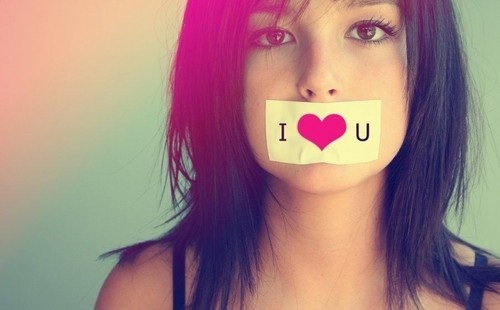 People say love is like an addiction. According to some neuroscientists, they’re right! Romantic love can release so many happy-go-lucky neurotransmitters into your bloodstream that the effects can outdo some drugs. Here’s what happens in your brain when you stick with that special someone.

When you have butterflies in your stomach from meeting someone new, dopamine levels surge. All that dopamine gives you an extra thrill when you see your newly beloved, creating an intense craving to be around them. A neurotrophin called nerve growth factor accompanies all this euphoria and increases your emotional dependency. Lastly, serotonin levels drop, which cranks up the dial for desire. This chemical cocktail is why lovestruck couples can be so infatuated with each other. Studies show that the chemical concentrations brewing inside the brains of newly minted lovebirds are similar to those who suffer from OCD.

IS IT LOVE OR IS IT LUST?

Romantic love is driven largely by the emotional center of the brain, the limbic system. Meanwhile, lust is controlled by the endocrine system. Parts of the hypothalamus prime the body for sex while steroid hormones amp up sexual desire. But don’t dismiss lust as some primitive carnal instinct. When you’re lusting for someone, your brain does a heavy load of subconscious work. In one study, people were shown pictures of good-looking people and asked whether they found them attractive or not. It took them significantly longer to give a piece of eye candy the “okay.” To no one’s surprise, the extrastriate area of the brain—which we use to judge someone else’s body—was active. But the brain’s temporo-parietal junction also lit up, which is interesting, because that part of the brain is important for understanding your own body image. It seems that when you’re lusting, you’re not just judging someone else—you’re judging yourself.

AS THE RELATIONSHIP SOLIDIFIES…

As the relationship wears on, lovebirds become less obsessive. The bonding phase begins. The raphe nuclei start producing more serotonin, while, within a year, nerve growth factor levels usually return to normal. Things may feel less exciting, but the rise in serotonin helps produce a trusting, less needy attachment that primes couples for a long-term relationship. Oxytocin—the hormone that floods your brain during an orgasm—helps curb obsession even more and helps make things more stable. (Oxytocin, by the way, is the same hormone that makes maternal bonds so strong.)

The longer a relationship lasts, the less dopamine is released. But that doesn’t mean the bond is dying. In fact, a molecule called CRF (corticotrophin-releasing factor) helps keep couples together. CRF is released whenever couples are separated; it creates an unpleasant feeling that makes them miss each other. In men, a molecule called vasopressin also increases. Vasopressin is linked to territorial behavior, and it may explain why, in healthy relationships, men feel loyal and protective of their partners (while in unhealthy relationships, they’re possessive). Vasopressin also promotes fidelity. When scientists inhibited vasopressin receptors in prairie voles, the usually faithful animals became rampant cheaters.

WHAT ARE SOME ADVANTAGES OF LOVE?

For one, it makes you think smarter and faster. In one study, participants stared at a computer as names flashed across the screen (but flashed so quickly that they couldn’t consciously recognize them). When the name of their loved one appeared, their ability to perform demanding cognitive tasks improved significantly. Scientists believe that’s because love activates the brain’s dopamine system—a system that’s been shown to boost cognitive and motor skills.