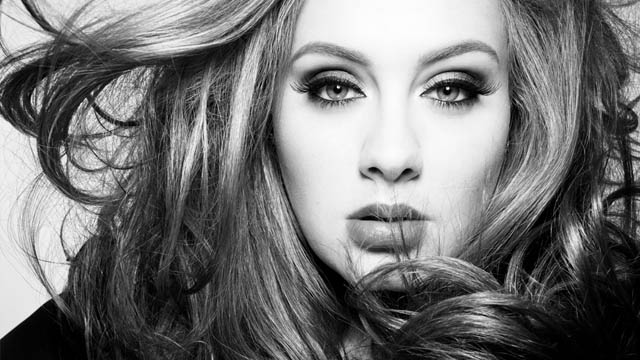 “Featuring the hit single…” We often see several variations of this phrase lumbered on the fronts of album covers and carefully placed in TV adverts as a marketing tactic to bump up record sales. However, this begs the question, what exactly does a hit single mean today, particularly in the context of streaming and the changing landscape of the charts?

The Collins English Dictionary defines a hit single as “a successful and popular song, which has sold many copies.” Likewise, Wikipedia says, “a hit single is a recorded song or instrumental released as a single that has become very popular”, but also notes that any song that appears in an official music chart, regardless of its position, is a hit. These definitions provide a good starting point, but in reality are quite vague and pose a number of questions. Can we really call a song that has entered the Official Singles Chart and peaked at number 100 a hit single? Moreover, both definitions refer to popularity as a notable gauge for hit status, but popular in what sense? Sales, chart position, radio airplay, cultural impact or streams?

In the Top of the Pops era, it was easy enough to assume that a hit was simply a song that had reached the top 20, which was the typical entry requirement for a guest performance slot on the show in its early days. However, since the show’s weekly format ended nearly a decade ago, it has become much more subjective as to what we might describe as a hit single today. It seems the entry criteria have tightened and more emphasis and esteem is placed on the achievement of reaching the UK’s top 10 and, more significantly, the top 5.

However, what about those songs that were denied a coveted top 10 spot due to poor timing, overcrowded release weeks or even a lack of promotion? “Set Fire To The Rain and “I’m Yours” by Adele and Jason Mraz respectively are two well-known songs (we’ve all seen one too many imitations on TV talent shows around the world!) Both singles received a lot of radio airplay with “I’m Yours” going on to spend the whole of 2009 in the Official Singles Chart minus the final two weeks of the year. Moreover, both have received a Platinum Certification after selling in excess of 600,000 copies, even before streams were included. What’s interesting is that neither song reached the UK’s top 10, which makes them two of the best selling singles to never achieve a top 10 peak, after stalling at number 11. However, having outsold a string of number one singles from the last few years, we can’t downplay the success of either song. With this in mind, the accompanying Spotify playlist below rounds up some of the biggest selling singles that fell short of top 10 placements in the Official Singles Chart.

Conversely, there are those songs that peak very highly in week one, as loyal fan bases rush out to support their favourite artists, but then disappear shortly afterwards. Union J’s “You Got It All”, which stormed into the Chart at number two last year, became their highest charting single to date. A hit single by any means, surely. However, in the week following it disappeared from the top 20 altogether and has yet to pass the Silver Certification threshold. Therefore, if we were determining hit status on longevity and overall sales, this track may fall short, despite being a number two single. Similarly, Alex Day’s “Forever Yours” peaked at number 4 in the Chart, but fell to number 112 the following week and now holds the record for the biggest drop out of the top 10.

Reaching BBC Radio 1’s top 40 countdown is also another good measurement as to what we can deem a hit, as being played on one of the nation’s staple radio stations would seem like a plausible requirement. Although, even when using this as a benchmark, there are a number of known songs that would not make the grade, such as Bryan Adams’ “Summer Of 69”. This single was certified Gold last year for selling over 400,000 copies, but oddly missed the top 40 when released back in 1985, peaking at number 42 instead.

With streaming now being included, the Chart reflects more accurately consumers’ consumption habits on a week-to-week basis. Clean Bandit’s “Rather Be” was the most streamed track in the UK last year, but it had the sales to back it up, as it was also one of the year’s most downloaded tracks. A strong digital seller, number one on radio airplay, as well as a force on streaming services, the track was a multi-format hit. Although, at some point, this may bring an added layer of complexity, as we’re likely to see a number of “streaming acts” i.e. those artists who will be enormously popular via streaming, but unable to garner the same support on the digital download format. There are already a number of acts that appear to be more popular with the former, such as Bastille. Their single “Pompeii” is one of the most streamed tracks of all time in the UK, but didn’t sell enough on other formats to go beyond its number two peak in the pre-streaming Official Singles Chart.

The Official Singles Chart has since updated its methodology to include licensed streaming services like Spotify and Deezer, however it still omits the billions of views audio tracks and videos receive on sites like YouTube and VEVO, as well as the audience a song gains on radio. For the Chart to be truly reflective it may need to mirror the formula employed in other countries, such as the Billboard Hot 100 in the US, which has long included both radio airplay and YouTube views (including user-generated clips that utilise authorised audio) and therefore depicts a more accurate picture of what tracks are being listened to in a given week.

Beyoncé’s “Single Ladies” went on to have a huge cultural impact when it became one of music’s hot talking points due to its accompanying viral music video, which some may remember for being infamously dubbed “one of the best videos of all time” by Kanye West in 2009. It was the high-energy, slick dance routine that really captivated the nation, as fans turned to social media platform YouTube to upload their own adaptations. The single, however, missed the UK’s top five despite receiving a Platinum Certification and being one of the singer’s best selling singles to date. More recently, the singer saw a similar fate with her 7/11 music video that produced a string of parodies by fans and celebrities, such as Rita Ora and Little Mix to name a few. Despite the song’s popularity on social media, it only scrapped its way into the UK top 40, peaking at number 33, which of course does not reflect the full extent of its popularity had the user-generated YouTube content been included.

Ultimately, all factors are extremely important when determining the popularity or hit status of a particular song. While the clearest indicator may have been the amount of times a song had been purchased once upon a time, this is probably now an out-dated measurement. With streaming services, as well as social media sites like YouTube, fans are consuming music in different ways compared to the pre-digital era and therefore all platforms need to be regarded, as each one may appeal to different songs and different audiences.