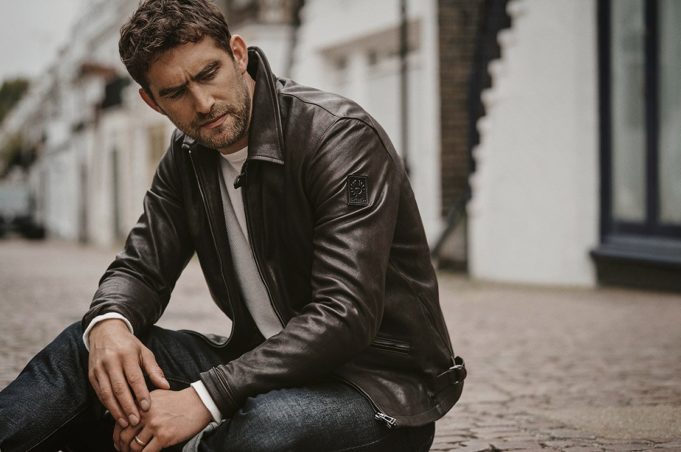 After another successful Autumn/Winter collection showcase at London Fashion Week Men’s, it’s once again time to reflect on all that Belstaff presented.

Their collection, aptly titled “Great British Roots” in honour of their brand’s heritage, was presented on the 5th-7th January in Mayfair, West London, and many talking points arose out of the occasion.

Of course, change is still needed in the fashion industry, but Belstaff is keen to address issues and innovate into the future wherever they can. If this recent LFWM was anything to go by, then there’s every reason to be excited.

Consequently, here are some of the Belstaff talking points of AW19 LFWM. The eagerly awaited event was the much-anticipated debut of Belstaff’s new creative director, Sean Lehnhardt-Moore. Reports of his takeover started making the rounds all the way back in May 2018. Therefore, it’s only natural that everyone awaits with bated breath to see what a new visionary can bring to the table. Will it be a success, or will things become muddled and confused?

However, Lehnhardt-Moore has enjoyed leadership and creative roles in renowned companies such as Ralph Lauren, Bamford, Calvin Klein, and too many more to list. A wealth of experience was set to be on display, and everyone was more than happy with what as achieved. There was a real richness to the proceedings of the luxury brand, and a new voice displayed that they understood the history of Belstaff, and how it’ll organically move into the future.

The Spirit of Adventure

Adventure is always in season, and this is something Belstaff has proved infallibly through the years. They’ve maintained and even celebrated this through a line of theirs with their most recent Autumn/Winter collection. This is what they launched the collection with, a scene titled “Outward Bound” from the 1920s era. This display was chock full of waterproof and protective attire, with an immersive woodland set made up of logs and leaves for that outdoorsy, audacious feel. Additionally, their classic shearling outfits were on display in the form of the chestnut Shearling car coat, celebrating the brands warm, authentic roots whilst simultaneously innovating into the future. In the end, it featured all the calm aesthetic and shiny finish of Belstaff’s wax jackets, topping things off sublimely.

All products here were made in significant collaboration with renowned mountaineer Sir Chris Bonington, thus aiming for practicality alongside sheer style. That sense of exploration has never been lost on Belstaff, and it worked hard to capture that authentic feeling once again.

An Eye on the Future

It was the third scenery, crisply titled “The Machine Age” that celebrated the modern twang that Belstaff is ever eager to build upon. It was an urban collection, heavily featuring the usual suspects of the brand; rich leathers, shearling, wool, and waxed cotton. In many ways, it’s everything that fans of the brand continue to expect, but also continue to be enthralled by.

After all, Belstaff has a long, winding history of equipping bikers, drivers and aviators with their trendy yet hands-on apparel. Principle colours at play were blackberry, bone and black, and really helped to sell that gritty, lived-in aesthetic that Belstaff is famed for. It’s tough and rugged in a stylish sense, and even the knitted woollen scarves showcased modern cables while, simultaneously, also featuring their traditional Irish counterparts. In the end, such blends were exemplary of the collection’s success.