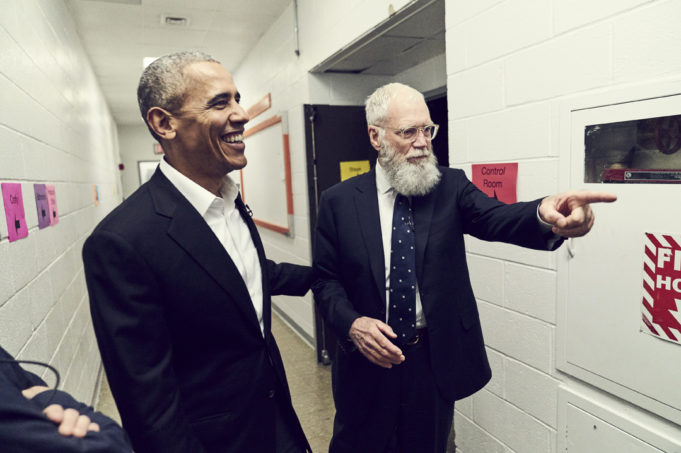 My Next Guest Needs No Introduction with David Letterman. The first episode will stream on Friday, January 12, and a new episode will be made available each subsequent month in 2018.

Produced by RadicalMedia and Letterman’s Worldwide Pants, Incorporated, for Netflix, each 60-minute episode of My Next Guest is centred around one extraordinary figure whom Dave finds fascinating. In interviews that take place both inside and outside a studio setting, the conversations are intimate, in-depth and far-reaching, with the levity and humour Dave’s fans know and love.

Field segments will bring Dave to locations far and wide, expressing his curiosity and desire to dig deeper on a specific topic related to the iconic guest featured in the episode.