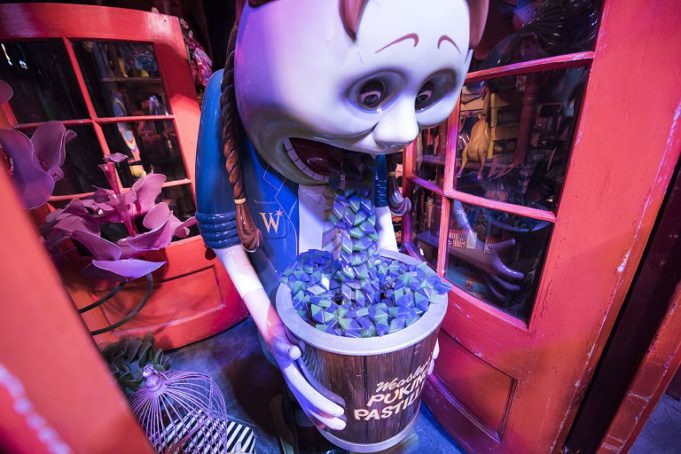 When it comes to family outings, there seems to be more and more on offer every day. However, for many families, nothing beats the magic of Harry Potter, to say nothing of the rest of the Warner Bros pantheon of epic films and fun.

As far as London attractions go, Warner Bros Studio Tours remain a firm family favourite. Yet even if you’ve visited the amazing sets and dioramas of the Wizarding World of Harry Potter here before, make no mistake there’s plenty more to see and do as we approach the tail end of 2018.

Here are a few details on what’s new at Warner Bros Studio Tours in 2018, as well as a reminder of our favourites.

The timeless and iconic red locomotive and its mysterious, inspiring carriages have been faithfully recreated in all their glory, within the heart of Warner Bros Studio Tours. Included is a stunning recreation of Platform 9¾ as well, making it a staple of the Wizarding World that every fan simply has to see.

Whether this is your first time visiting, or you’ve taken the obligatory ‘running at the wall with your luggage trolley’ picture before, this is always a must-see.

Another mainstay of the Warner Bros Studio Tour experience is the Forbidden Forest. While the likes of mystical creatures and giant spiders have long been a big part of this permanent fixture, more are being added to this installation all the time. One of the most recent and popular things to see here is the to scale rendition of Buckbeak, who might just bow to you if you show him the right amount of respect.

New for 2018, this special guided tour runs until July 2018 and offers a fascinating glimpse into the incredible work that has helped bring Hogwarts to the big screen. Behind The Seams, lets visitors experience the costumes of Voldemort, Cedric Diggory, Professor Sprout and more, in a very engaging workshop-esque environment. Having the freedom to look at and interact with costumes that have shaped the imaginations of millions is incredibly exciting.

Between September and November 2018, the Dark Arts feature in Warner Bros Studio Tours London will let visitors experience a spookier Diagon Alley, as well as Hogwarts with an edge of eeriness. The Great Hall will be decked out with over 100 pumpkins and better still, visitors will have the chance to try out their wand skills against Death Eaters. The explanations as to how wand duals were choreographed are utterly fascinating too!

Hogwarts in the Snow

From November 2018 until January 2019, Hogwarts promises to be once more transformed for the festive season. Hollywood snow will be covering everything you see and touch, while the iconic Gryffindor common room will be decked out in seasonal decorations that’ll spice up any photo album. Talk about the most magical time of the year.

The Goblet of Fire

Perhaps the star attraction of 2018’s Warner Bros Studio Tours is the Goblet of Fire, which has been a feature for the tours since March and will be available until September. This crucial piece of Harry Potter lore will be shown for only the second time ever, complete with information on how it was made, how it was filmed and the secrets behind the two versions of it used in the movie.

Visitors will also get their own official parchment from this tour to take home and keep, proving forever that you braved the Goblet of Fire for yourself and got selected for the Triwizard tournament