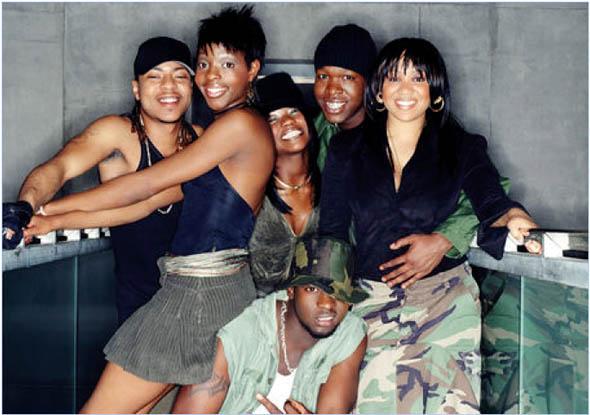 Have you ever wondered what happened to some of your favourite artists? We do and In Where Are They Now? Flavourmag will be tracking down a few long last celebrities from the ’90s and early 2000, to find out where they are and how they’ve been.

This week we went in search of a band that was hyped as the softer version to The So Solid Crew, we’re of course talking about the rnb / hip hop group Big Brovaz who shot to fame with ‘Nu Flow’ one of the most successful UK hip hop singles back in 2002. Well we caught up with former member Randy Jackson who tells us about a possible reunion, and a time when he and his band where flying sky high not literally but in the UK charts.

This was back then…

Big Brovaz was originally formed in 2001 when the girls in the group (Cherise, Nadia and Dion) and the guys (Randy, J-Rock and Flawless) were working on their own solo material creating beats and tunes, but little did they know they would soon be tipped as the UK’s answer to Outkast and The Fugees.

It was Randy’s cousin who kicked it all of after he got his hands on music from the various artists which later saw him putting together a mix tape which generated a strong reaction and buzz across the UK scene. And from here Big Brovaz was born! A year later in 2002, the group signed a deal with Sony and began work on their debut ‘Nu Flow’ which spawned 7 singles, 4 of which went in to the top 10, including the number 2 single ‘Favourite Things’, and the album itself also hit the number 1 spot.

Big Brovaz was now one of the UK’s hottest groups, as they picked up 2 Mobo awards (Best Newcomer and Best UK Act). ‘Nu Flow’ was without doubt the British sound of 2002 and it seemed like worldwide domination was only moments away… However the band soon experienced what was to be their biggest lesson when member Flawless was caught taking cannabis into the states, the rest of the guys then decided to take a break. The future of Big Brovaz was heavily in doubt especially with Dion also leaving to pursue a solo career.

Randy, can you look around and tell us exactly where you are right now?
I am in my living room, and around me I can see a big TV, my computer and my girlfriend life is going well.

How have you been?
I’ve been good, we got a new project me and J-Rock from the group we now go by the name of Party Dark. We had a number 1 MTV hit the other day and now we’re preparing for our second single.

So early 2000 was pretty much the year when you and the rest of the band where flying sky high in the charts, I know Cherise and Nadia have recently formed their own group Booty Luv but what have you been up to since then?
Since then I’ve been working closely with J-Rock, now we’ve both moved from in front of the cameras to the guys behind the scene, Booty Luv were actually signed to our label before they got signed to ministry of sound. We’ve also been setting up our own label helping upcoming acts through. But right now we’re signed to Champion records who bought out a few big artists including Dido, Faithless and Robyn S.

So can we expect a possible reunion anytime soon?
I wouldn’t count anything out it is possible.

And finally what’s next for you and J-Rock?

There’s loads of big things in the pipeline but to keep up to date you guys can check out our website www.partydark.co.uk

Words and Interview by Noel Phillips