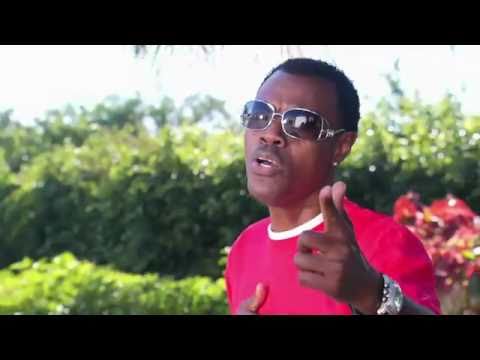 With a string of hits in 2003, he smashed down the doors of the mainstream charts, introducing a new chapter of reggae music to the masses. The last time we heard from Grammy-nominated singer Wayne Wonder, he had us all bouncing along to singles like ‘No Letting Go’, which gained him global recognition as well as a Mobo Award. His career really took off and his hugely successful album No Holding Back saw him working with the likes of Foxy Brown and Lisa ‘LeftEye’ Lopes. Following some 007-style investigations, Flavour manages to catch up with Wayne to talk about where he’s been, his new single with Mýa and visiting his good friend Buju Banton in jail… You’ve been away from the spotlight for some time now… So tell us, where exactly have you been hiding?
[Laughs] If I am not in the mainstream, then you won’t hear me because it’s hard for me as a Jamaican to get my music out there, but I have still been working. One of the main reasons why people haven’t heard me is because I had some issues with my record label VP Records, so the years it took me trying to get away from my contract with them, I wasn’t really putting out much music. I ended up getting released last October, and now I have the opportunity to release my own music without pressure or politics.

Fast-forward a few months and you recently released your new single ‘If I Ever’. It can be difficult when artists disappear and then return with new music – have you been surprised with the response you’ve received so far?
I do this from my heart. It’s every artist’s dream to see fans responding well when you put out something new, and I have been really happy with the positive feedback.

R&B singer Mýa is also featured on the single – how was it working with her?
It was a great vibe because she actually came to record her bit at my studio in Florida, which means I didn’t have to send it to her through email, and instead we were both in the studio at the same time, holding a real vibe. She is also a professional; it was lovely working with her.

You’re a close friend of reggae singer Buju Banton, who was recently sentenced to 10 years in prison. Have you heard from him since? How is he doing?
Yes, I was actually at the sentencing, I even got to visit him the same day. He is holding up well and staying strong. He will be eligible for parole in the next five years, so we will see if he can get that, but we are remaining positive as there is still some hope.

Talking of the reggae scene, what are your thoughts on it at the moment?
With Buju’s situation, it is very difficult because he is one of the biggest reggae artists, and with him behind bars it’s hard for reggae and dancehall right now. So it’s up to me and the other artists to stay focused and push along with it and let people know there is still good in it. A lot of people nowadays will recognise the likes of Vybz Kartel and Mavado as big names on the scene. Are you a fan and would you ever work with them?
I’m pretty cool with every artist, but at the same time you still have different quality in music. To an extent, I am a fan of Vybz, but not all of his tunes because some of them are a bit… [laughs] inappropriate.

Many people are still listening to your music as well as buying your albums. Can you give us an insight into how you go about writing such catchy songs?
I guess when I originally started doing music I used to do cover versions of a lot of songs. I remember Beres Hammond looking at me and saying it was time that I started writing my own songs – so I basically took his advice and started singing.

So can we expect another album from you any time soon?
I am definitely working on an album, but first I’m just touching the water with these few singles. I’ve also got another hardcore single called ‘Over All’, which is also doing well. I want all the fans to know that I am on my way back and I am doing my stuff independently.

Single ‘If I Ever’ ft Mýa is available now on iTunes