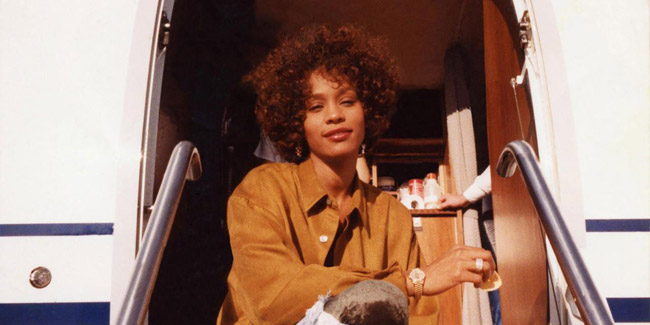 Just a year after Nick Broomfield delivered his heart-breaking documentary on the tragic life of the legendary singer Whitney Houston, comes another to pierce the hearts of loyal fans all over again. In Broomfield’s portrait, we witnessed the raw and honest rise and fall of the voice that broke the mould. Lacking the support of the Houston family, Broomfield’s creation was just a little rough around the edges; Kevin McDonald’s own portrait is substantially glossier visually adding to the pot the voices and backing of the family and the one and only Bobby Brown.

Just six years after that fateful day where Whitney left this world, her loss is nonetheless still felt worldwide and most importantly by her family members. McDonald’s documentary is richer with the involvement and testimonies from her mother, Cissy Houston. Cissy now poses an image frail image of a woman as she gives her own brief input from the Church where she served as Choir director and Whitney found her voice. Her time on screen is limited and serves as just an anecdote compared to that of her brothers; who touch on the allegations that they initially introduced her to drugs. McDonald’s approach is strained and hesitant to push the family into talking about much of the negative points of Whitney’s life. Intentional or not, the vagueness and sometimes blinkered views of the family do nothing but depict a harmful image of them as a whole.

Whitney offers not much in new information; despite most of Whitney’s self-destruction happening behind closed doors, much of her performances and public appearances caused the world to sit up and despair. Archival footage, most of which we have seen before, dips in and out chronicling her life meshed together with cultural and world events from periods in Whitney’s lifetime.

Whitney’s own sexuality is touched upon again, but blink and you’ll overlook it. It becomes evident how much of this came at the request of her closest family members. Whitney’s relationship with Robyn Crawford – who again is missing from partaking in the documentary – is touched upon and forgotten about in a flash. One of her own brothers openly condemns homosexuality as evil, pretty much putting the subject to bed. It enlightens the audience to Whitney’s own struggles to be accepted for who she is rather than the money she can offer from those she loved the most.

Denial represents an underlying theme, thanks to the dismissal of Whitney being associated with drugs from a less than forthcoming Bobby Brown. There is, in addition, a moment when an aunt of Whitney’s is adamant that she had a perfect childhood; nothing that happened to her as a child can be contributed to her issues in later life. In a complete role reversal, another family member, as well as one of her brothers, drops a shocking bomb of sexual abuse at the hands of her own cousin and sister to Dionne Warwick.

It is possible it’s merely too soon after Broomfield’s intensely emotional voltage charged rollercoaster to genuinely appreciate this side of the story. McDonald’s documentary is slick in its editing, visually crisp and full of not to be missed Whitney moments; but instead of striking the high emotional notes it pursues an eyebrow-raising peaceful route which feels all too controlled. Whitney’s voice is being held back from reaching that powerful potential that made her that superstar.