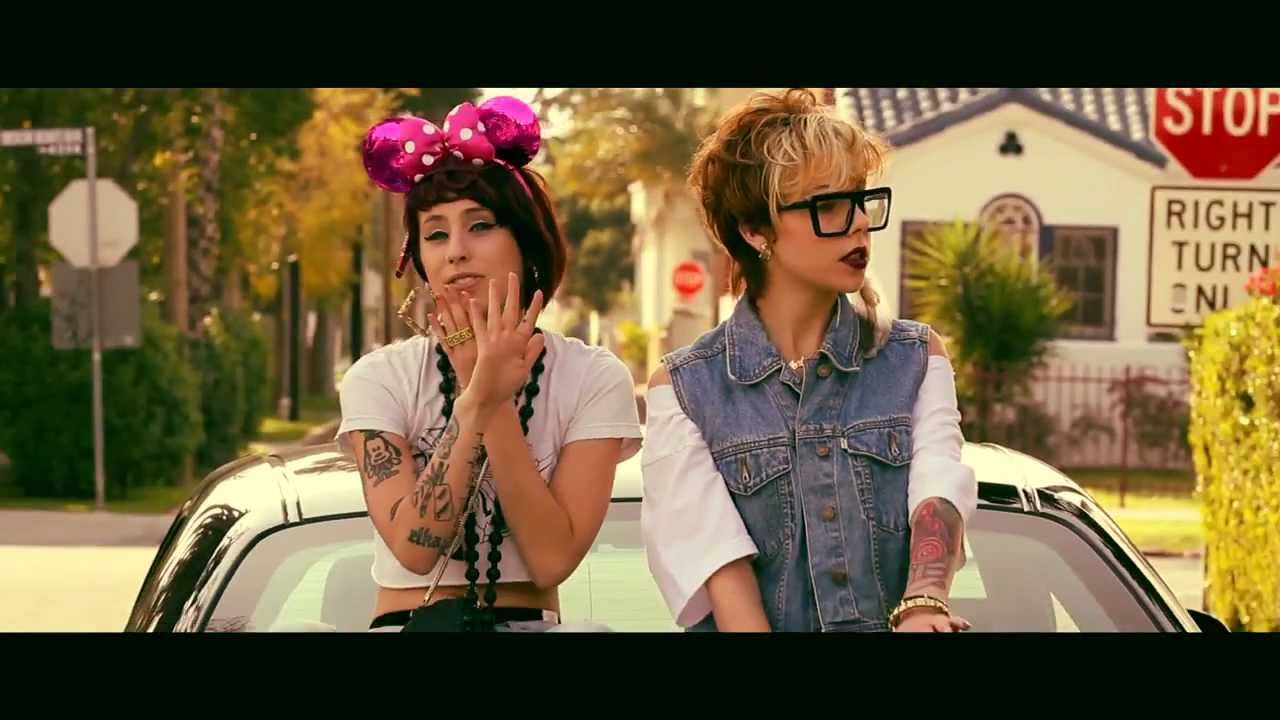 Gaining over 12 million hits on YouTube; video director, songwriter and rapper Kreayshawn hasn’t done too badly for someone who only started off rapping around a year ago. 21-year-old Oakland bred rapper Kreayshawn has been causing quite the scene in Hip Hop, her first single Gucci Gucci went viral, gaining her fans such as Snoop Dogg and Lil Wayne. There has been speculation of her sexuality, beef with Odd Future, Nicki Minaj ‘references’ and the notoriety of her group the White Girl Mob. She is receiving unjust but inevitable criticism, being labelled a “talentless white girl rapper” whilst being compared to Ke$ha and Dev. The youngen was recently signed to Columbia Records and is currently working on the new Red Hot Chilli Peppers video for their single, ‘The Adventures of Rain Dance Maggie’. She has caught the eye of the mainstream crowd, which has led to her being nominated for the Best New Artist award at the MTV VMAs, which is taking place on August 28.

She isn’t afraid to speak her mind, either. In an interview with Complex Magazine, Kreayshawn, real name Natassia, said of Young Money Sensation Nicki:

“No disrespect to [Nicki Minaj] because she’s got talent. She’s got an image. But when it comes to inspiring young women, her message is to be a Barbie-to be plastic, to be fake, to have blonde hair.”

Then what was thought to be a Nicki Minaj diss was noticed in Gucci Gucci: “B*tch you ain’t no Barbie I see you work at Arby’s / Number 2, super-sized / Hurry up I’m starving”
Kreay fiercely denied the rumours when speaking to Billboard, explaining: “I’m not hating on anybody. I’m not coming for anybody’s neck. I say one thing about Nicki Minaj that’s not a diss at all and you have Nicki Minaj fans barking at me.”

She then went on to address the lyrics in her song Bumpin Bumpin which declare: “These clubs fulfil all my wishes/ one big room full of bad b*tches.”

She said: “I can’t really speak for anyone else, but I’m not a raging lesbian, I can tell you that. I’m an occasional lesbian, but it’s more for me about a personal connection. I’m a creative person. I’m a busy person. I’m not seeking anything out be it colour or gender or anything. I’m just out here in the free world doing the free thing.”

She gained more fans through her honesty and she is definitely a refreshing alternative to the new wave of quirky, independent females in the game. With her name currently on everyone’s lips, Kreay decided to vent and address the haters on her blog:

“I love y’all and F*CK all the hatin’ ass hoes. I got more art to make and more moves to make before you can sit here and title me as anything. One day you guys will die laughing that you used to call me ‘The White Girl Rapper.’ I will prove to be something bigger and more bad-ass then that.”