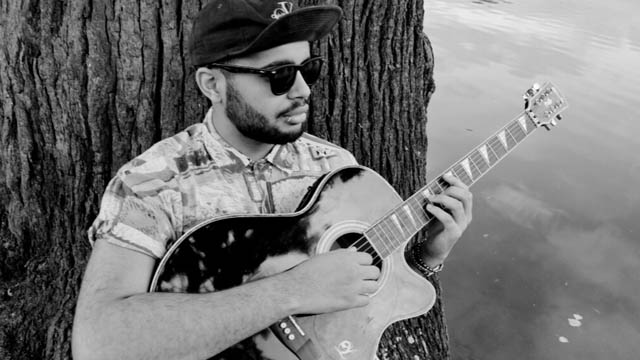 RDS is one to look out for, his first debut EP “I AM” has a clear representation of his musical and lyrically abilities. Richard is fast becoming one of the UK’s most exciting Singer/ Songwriters after proving he can pack out venues of 300 plus in his home town of Kent.

Not only can he play the Guitar and the Piano he can sing in Portuguese, just another added bonus to this already incredibly talented 21 year old, People have already started to compared Richard to Ed Sheeran and Bruno Mars so on that note he is definitely someone to watch out for 2015 is going to be the year of RDS. Brazilian born Richard De Soussa moved to the UK at age 3, the first time he picked up a Guitar was at age 7 and since that it’s become a part of him. Since a very young age he has felt that music is the best way for him to express himself. Richard has been inspired by many artists such as Bluey Robinson, Mumford and Sons, Bob Marley and Otis Redding to name a few. When he was asked what made him strike a interest in music “he said that breaking down music down to the basics from the bed to the baseline is what makes him wake up in the morning music and is all he see, whether its through his guitar or his voice all elements of music have a very strong bearing on him and constantly keeps him learning new things”. His Debut EP “I AM” is one of those rare EPs you hardly find that has songs anyone can relate to , from a stereotypically boy meets girl, girl ignores boy, boy falls madly in love and doesn’t know what to do with himself song to a very personal song he wrote about his mother

His Debut single “Downtown” has collaborations from the likes of DJ Sticky and DJ Paleface so with the 2 kings of Club mix you know that this single is going to blow up,