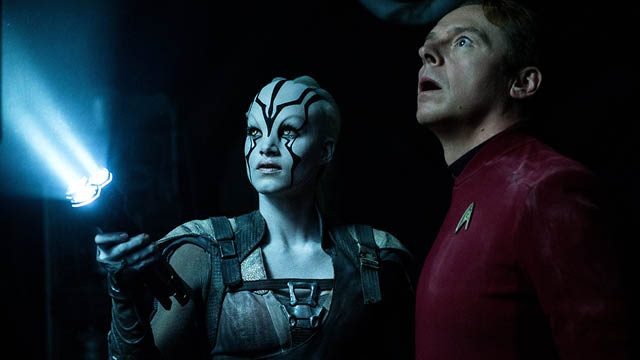 Sofia Boutella is a dancer and actress was born in Algeria on April 6, 1982 making her currently 34 years of age. You’ll probably remember Sofia Boutella from movies such as Kingsman: The Secret Service (2014) where she played badass sword legged assassin Gazelle watch the fight scene below and you will see her combination of dance moves and awesome stunts. Sofia Boutella is also set to star on the reboot of The Mummy which stars Tom Cruise. Tom Cruise has said he wantsSofia Boutella to be his next wife. The Mummy is out on 9th June 2017 so we will have to wait until then to see if their is any chemistry between them.

For Sofia’s dancing background she has managed to tour with Madonna, yes MADONNA who went topless for Interview Magazine at 56 yrs old and still looks sublime. Not only has Sofia work with Madonna, but Sofia Boutella was also the lead girl in Michael Jacksons: Hollywood Tonight video, see below… Is there anything this woman can’t do?

And watch Sofia below in this amazing Nike Women advert

Here’s a gallery of amazing images of Sofia for you to enjoy too.