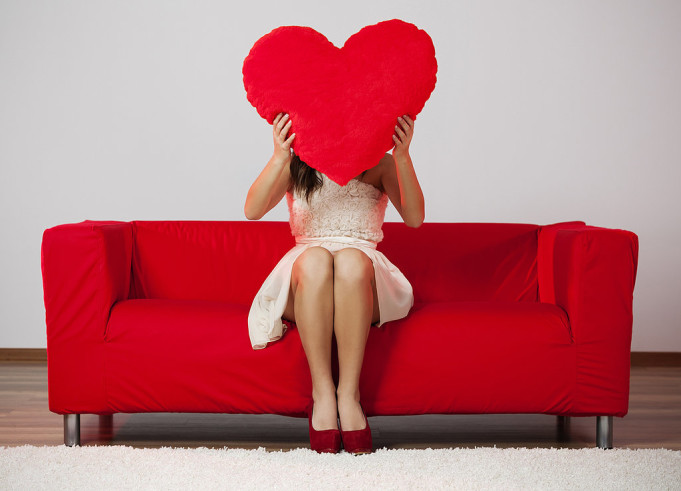 To some, Valentines Day is an occasional landmark: a prime opportunity to show love for another via the medium of tacky cards, blow up hearts and that fine Belgian confectionary, Guylian chocolate. For others, Valentines Day is a bit like having your eyeballs tattooed: expensive, painful and pretty unnecessary.

This Valentines Day, women everywhere will wear lacy red or black lingerie, whilst their dates take them to a bizarre choice of restaurant, where they will sit and stare at each other over 10 of the smallest courses you’ve ever seen, before returning home at a reasonable hour to have boring, conventional sex.

Here are 10 other reasons why Valentine’s Day is the absolute worst.

1) It’s a meat market for all the single ladies

If you’re a strong independent woman who don’t need no man, do not go out on Valentine’s Day. Females enjoying themselves without male accompaniment seem to attract attention from those with the highest of skin-wearing capabilities. I was once asked if I wanted the key to a man’s hotel room whilst he sat there sweating profusely; he insisted he no longer needed it, and there is absolutely nothing dodgy about that at all. AT ALL.

2) It puts unnecessary pressure on couples

The pressure of having a good night means you’re probably going to get shitfaced, spill your drink all over yourself, pick a fight with your boyfriend over the state of the economy, fall out of the cab home, and break your face on the pavement. #wyfforlife

When you’re single, there’s either the expectation that you’re in some way bothered by this, or the assumption that you need to celebrate your singleness. Neither are particularly true, and both will probably result in poor wine based decisions and regret.

4) Red and Pink is a terrible colour combination

Pink and red should never be said, unless it’s wine. Or skittles. Or wine.

Be prepared for a smattering of Michael Kors, intermittent spells of Pandora, a westerly gale of ‘alcohol in hand’ pictures and an influx of ‘lucky girl’ hashtags. If you work in retail, you get to witness infidelity in all its glory. After all, there’s nothing more romantic than “I’ll have two of those please.”

7) Seeing someone new around Valentines Day

If you’ve only been seeing someone for a short while, Valentines Day can be horrifically inconvenient; like that one time you drunkenly hooked up with the office fuckboy after your work’s Christmas party. Cue: dancing around the subject, in the hope that nobody will acknowledge it. If it’s a new relationship, there’s the question of whether it’s too soon to present one of the 5 approved Valentines Day gifts (chocolate, lingerie, jewellery, flowers, a teddybear holding a heart), you also have to gage each other’s expenditure. For example, if he buys you expensive jewellery and you resort to novelty underwear, the relationship could be destined for failure. Better dust off those suspenders, girlfriend!

There is no need for elaborate PDA. Slurping noises and aggressive arse grabbing aside, you’re adults. You can go home and rip each other’s clothes off if you want to. And gaging by the types I attract on Tinder, the outcome doesn’t look great. But then what can you expect from a holiday which has a naked baby with a weapon as it’s mascot?