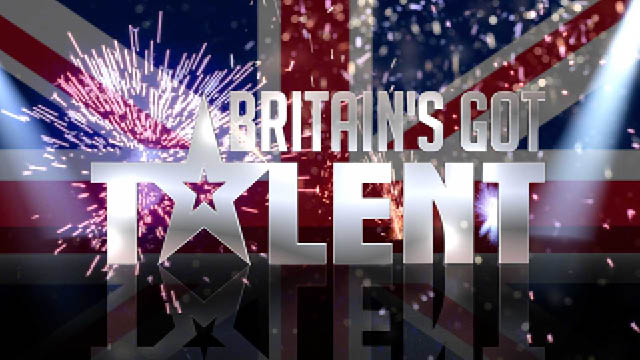 Throughout 2015, vast swathes of the British population were glued to their TV sets thanks to reality TV competitions.

15 million of us tuned in to see The Great British Bake Off final on BBC One, ITV’s Britain’s got talent received 12.7 million views at its peak in May, while BBC’s Strictly Come Dancing peaked at 11.7 million.

To put these statistics into perspective: more than a third of the 30.7 million people who voted in the UK general election in 2015 would have been watching reality TV competitions on each of these viewing occasions.

With these shows topping the ratings last year, producers have clearly found the recipe for success. So what is it about reality TV competitions that we Brits clearly love so much? Cooking competitions such as MasterChef know that the way to our hearts is through the stomach.

Since it first aired in 1990, the show has been through a number of transformations. The latest incarnation with presenters John Torode and Greg Wallace was originally accused of becoming an ‘X-Factor-style competition’. But with the UK alone having consumed eleven series and three different spin-off titles, MasterChef has consistently proved that it has all the right televisual ingredients.

Different versions of the show are now produced in over 40 countries and shown in at least 200 territories under the MasterChef franchise.

A touch of glamour In 2010, the dancing competition TV show Strictly Come Dancing was included in the Guinness Book of World Records for being the world’s most successful reality television format. It has since gone on to become bigger and more glamorous than ever before. Even its daily BBC Two spinoff has grown: It Takes Two gained thirty minutes per week of screen time last year to allow for more news and backstage gossip.

The producers of Strictly Come Dancing understand that glitz, glamour and fabulous performances are what viewers want. After all, applications for tickets to the live shows reached 5.2 million in 2015, clearly revealing an increasing need for dancing celebrities in our lives.

A dash of inspiration Shows like The Great British Bake Off, The Great British Sewing Bee and The Great Pottery Throw Down challenge amateurs and hobbyists alike to put their skills to the test. But they also nurture talented craftspeople and inspire us try new things. With the entertaining competitive edge and the gently encouraging DIY aspect, it’s not hard to see why the BBC has brought this format to so many different vocations.

One dedicated fan had a go at all of the technical challenges from the Great British Bake Off, demonstrating that inspiration doesn’t necessarily mean success. But with Tala Cooking endorsed bakers’ guides and this Bake Off bakeware checklist from Mahahome readily available, it seems we’re all just dying to get in on this slice of Great British brilliance.

We relish the misfortune of others… Brimming with controversy, programmes like Celebrity Big Brother and The Apprentice are synonymous with big personalities, arguments and strong opinions. In the most recent series of The Apprentice, candidate Scott Sanders became the first person in 11 series to quit the process. His defiant exit from the boardroom, though shocking, was understandable in response to Lord Sugar’s constant berating. Lord Sugar was even accused of bullying candidates. So, why do we keep watching programmes we associate with negativity?

Annette Hill, a media and communication professor, states that there’s a market for negative emotions; tantrums and tears. In short, controversy sells. Katie Hopkins, one of the most famous candidates to come out of The Apprentice, has proved this. Hopkins has since gone on to be described as the most hated woman in Britain and seems to have made a career out of it.

…But we love a success story

For last year’s Comic Relief, BBC One broadcast the first ever series of The People’s Strictly. The special mini-series of Strictly Come Dancing rewarded ordinary people for their amazing efforts and achievements, creating the perfect format for feel-good viewing.

The winner of The People’s Strictly 2015 was war veteran Cassidy Little who earned a full set of 10s for his dancing skills. His victory alongside professional dancer Natalie Lowe made for a very emotional and heart-warming series finale. Little also went on to appear on the Christmas special of Strictly Come Dancing alongside well-known celebrities.

This show in particular demonstrated that reality TV competitions can be kind, humbling and positive; and we hope to see it return to our screens in 2016.