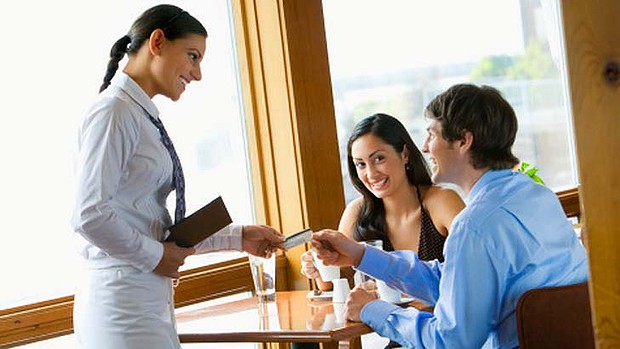 The members of WildBuddies.com come together and shed some light on the age old question: Who should pay? In a world where women cry out for equality (and many times it is justified — as women still get paid less than a man in the world force, for instance), many men feel like women are hypocrites because they expect to be wined and dined in the dating world. Ah… But this is where you would be wrong. In fact, you may be a little surprised by the outcome of recent poll WildBuddies.com posted on the site, asking the very same question.

The Poll
Men and women on the WildBuddies.com website were asked a series of questions in relation to why men are expected to pay on the first date. Many of the men and women feel that it is both a traditional value and it is a sign that the fella is a genuine gentleman. Here are how some of the other reasons why the members of WildBuddies think men should pay.

As you can see, there are a whole lot of different reasons why men and women feel why the guy pays, but you will be pleasantly surprised to know that 81 percent of men and 85 percent of women feel that the man should never feel obligated to pay. What’s even more interesting is that 80 percent of women do want to pay for her fair share of the date, whereas only 45 percent of men believe that she should offer to pay.

With that being said, when the members were asked if the guy pays for dinner is it okay for him to expect sex after the date, 14 percent of men say they expect sex and 13 percent of women agree that for a nice date where she doesn’t have to pay a penny, she believes that he can expect a little lovin’ as a token of her gratitude.

The Other Side of the Coin
As cut and dry as this poll may be, you may be wondering what to do if you are interested in asking someone of the same sex out on a date. Don’t worry! We asked our members that, too. When asked who should pay, 45 percent of both men and women feel that whoever initiates the date should pay, or to make things simple, 42 percent of men and 50 percent of women feel that the date should be split evenly. Well, that sounds pretty fair, right? We did throw in a few responses just for laughs, and we were a little surprised by the results.

The results of these polls reveal that women aren’t necessarily as hypocritical as some men want to believe. If given the opportunity, you may be surprised that the woman you are taking out will be more than happy to pay for her share of the date — although it is greatly appreciated when you insist to pay. Plus, if you happen to get lucky and find one of the 13 percent of women who believes sex is a fair trade off, then you are golden!