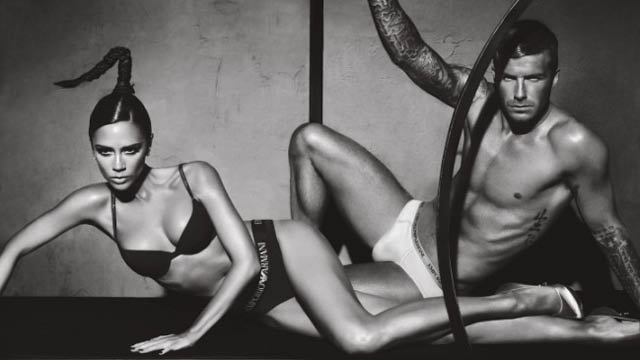 There are many things that influence fashion trends, from obvious muses such as seasons and celebrities to more improbable sources of inspiration, like fast food restaurants.

This year, one of the most unlikely factors influencing the stylish elite is business rates.

Announced by George Osborne during his controversial tenure as Chancellor of the Exchequer, the changes to the business rates system may in fact change the course of fashion history in this country.

If you think this sounds odd, you’re not alone. But bear with us. Here is how relatively boring financial regulations will make an impact on one of the world’s most vibrant industries.

What are business rates?

To make the connection between our previous two Chancellors and the fashion scene we have to establish what business rates actually are. If you run a business yourself you will know, so you can skip this part. Everyone else this is for you.

Business rates are taxes that are payable by businesses who use a property for business purposes. As the government helpfully explains, “You’ll probably have to pay business rates if you use a building or part of a building for non-domestic purposes.”

These rates vary depending on the size and location of said building. Broadly speaking, properties in densely populated cities have higher rateable values than those in the sparsely populated countryside.

In 2016, the Conservatives announced that business rateable values will be updated for the first time in many years, with the vast majority of properties now requiring bigger monthly payments. And this is where the fashion connection comes in.

These higher business rates have not been received warmly. Jerry Schurder, head of business rates at property consultancy firm Gerald Eve, has said the new business rates are “too high”, pointing out that businesses in London will face an average rates hike of 18%, amounting to £7.5 billion more in payments.

The area most hit by this rise is London’s central shopping district—the mecca for big fashion brands and the UK flagship stores for many labels. The Telegraph reports that Regent Street stores will face an average business rates rise of 50%. For many this will mean a jump from £1,029,000 to £1,540,000 per year. That’s about fifty per cent—a substantial increase in outgoing payments for any store, no matter how pricey.

Things are even worse that than for some of London’s most prestigious fashion outlets. The BBC reports that Dover Street, home of Jimmy Choo, Victoria Beckham and Alexander McQueen will see rates rises of around 415%.

How the cabinet are changing your wardrobe

Fashion stores paying higher operation costs will undoubtedly have a knock-on effect, changing the very fabric of the way clothing is bought and sold. The New West End Company—a company that represents many of the West End’s biggest stores—have said the new valuations have caused “significant uncertainty in the market”.

What brands, designers and retailers do to offload these costs could have a significant impact on shoppers, and therefore on fashion as a whole. If stores up prices to balance out the business rates, fashionistas will be faced with the difficult decision of buying clothes that are even more expensive than they were before, or opting for cheaper outfits from smaller, less central stores.

Then, there is the other option designer stores have: closing down. If Victoria Beckham cannot afford the higher business rates, it would make financial sense to focus on stands in department stores like Harrods or Selfridges. There is also the option of reducing the costs of stock, either through selling fewer items of clothing, or through reducing production costs and selling lower quality clothing.

Whatever high end fashion stores do, they have been put into this situation by one of the most unlikely fashion influencers of all time: HM Treasury.