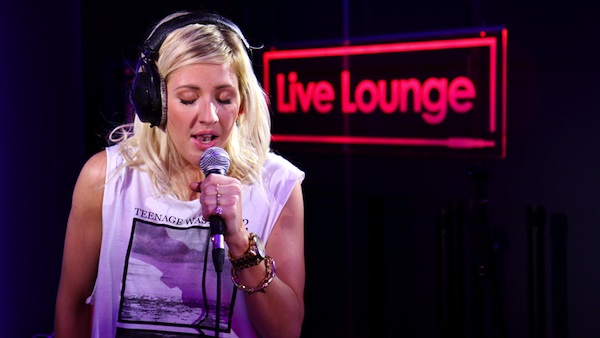 This release will be the 8th volume in the hugely successful series that is the annual round-up of the cream of BBC Radio 1’s Live Lounge sessions. Showcasing the biggest hits of the past year, either as cover versions or unique performances of the artists’ own tracks, the album recognises the music industry’s most established acts and highlights the up and coming. ‘BBC Radio 1’s Live Lounge 2013’ is an album showcasing top acts including Ellie Goulding, Naughty Boy, Tom Odell, Little Mix, Birdy, 30 Seconds To Mars, Jessie Ware, The 1975 and more, performing stripped down versions of the biggest hits of the year. A deluxe album is also available and includes a further 13 performances with artists covering classic tracks from across the decades. Fans can listen to the likes of Scottish rockers Biffy Clyro covering We Built This City and the stunning Laura Mvula taking on the Michael Jackson classic Human Nature.

The Live Lounge series, which sees bands and artists perform their own track and a cover version, has continued to amass an amazing fan base. Last year’s ‘Live Lounge 2012’ doubled sales of the previous year’s Live Lounge release, making it the 3rd most successful volume in a compilation series that has sold an incredible 3.2 million albums. Following BBC Radio 1’s ‘Even More Music Month’ in September, when the station brought the nation a star studded Live Lounge performance every day; this year’s album line-up is stronger than ever and set to rival the sales achievements of past volumes.

Since the first Live Lounge session 12 years ago on Jo Whiley’s show, the Live Lounge, now presided over by Fearne Cotton, attracts the best acts in the world. ‘BBC Radio 1’s Live Lounge 2013’ the album, is the only place to get all these unique tracks together on one album and is a must have for music connoisseurs of all genres.

To be in with a chance to win email your name and address to comps@flavourmag.co.uk and a winner will be chosen at random.