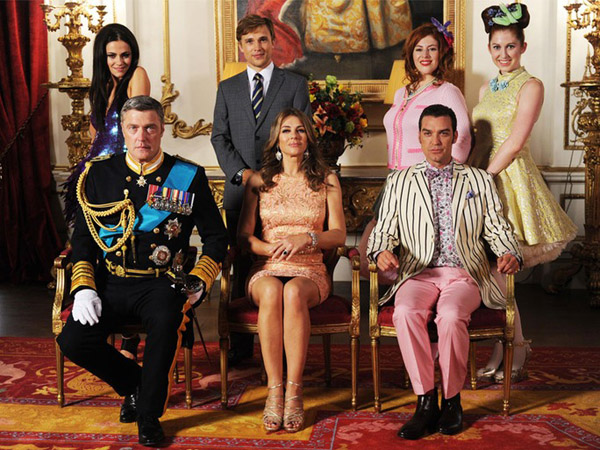 To celebrate the release of Season 2 of The Royals on DVD we have teamed up with Lionsgate to give away 3 copies of the DVD to our readers.

The Royals continue to reign after a scandalous first season. After the tragic murder of King Simon (Vincent Regan – TV’s Atlantis) by an unknown assailant, Cyrus (Jake Maskall – TV’s Eastenders), Simon’s arrogant brother, has taken the throne with the help of Queen Helena (Elizabeth Hurley). Prince Liam (William Moseley – The Chronicles of Narnia) seeks vengeance for the death of his father while Princess Eleanor (Alexandra Park – TV’s Home and Away) struggles to live her seemingly fairy tale life. While allies are formed and enemies are made in the royal palace, nothing is what it seems and everyone has their own agenda.

Not since Marie Antoinette has there been so much anarchy in the monarchy. To win a copy of The Royals Season 2 on DVD simply email with your name and address to comps@flavourmag.co.uk. Be sure to write “The Royals Competition” in the subject header. Winners will be chosen at Random on 18th of April 2016. Good Luck!

The Royals – Season 2 is released on DVD on Monday 18th April by Lionsgate Home Entertainment.