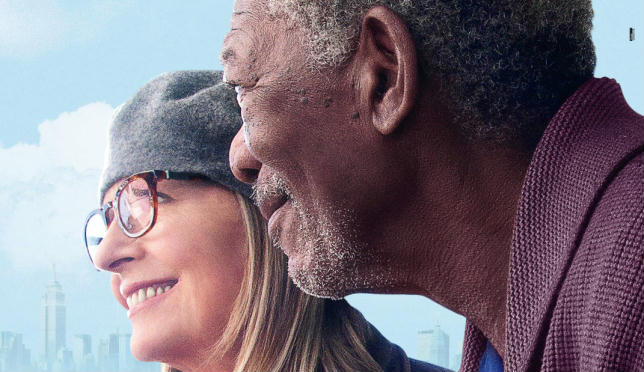 To celebrate the release of the touching Ruth and Alex starring Diane Keaton and Morgan Freeman on DVD on 28th September we have teamed up with Signature Entertainment for you to win a copy of the DVD.

When Ruth (Academy Award™ Winner Diane Keaton, Morning Glory, The Godfather) and Alex (Academy Award™ WinnerMorgan Freeman, Last Knights, The Shawshank Redemption) first moved to Brooklyn, it was the 1970s — years before gentrification, and years before they would realise that they won’t always be physically able to climb several flights of stairs just to get home. Still highly active, yet feeling the undeniable effects of age, the couple opts to put their apartment on the market, and over one crazy weekend they discover that finding a new apartment is not about winding down but starting a whole new adventure!

Directed by Richard Loncraine (Wimbledon) and with hilarious performances from a brilliant supporting cast, includingCynthia Nixon (Sex and the City) and Carrie Preston (TV’s True Blood), RUTH & ALEX is a heart-warming coming of age story about life, love and real estate! We’ve got three copies of the DVD to give away so why not email us with your name and address to comps@flavourmag.co.uk. Be sure to write “Ruth and Alex DVD Competition” in the subject header. Winners will be chosen at Random on 10th of October 2015. Good Luck!

Ruth & Alex is out on DVD on the 28th of September.