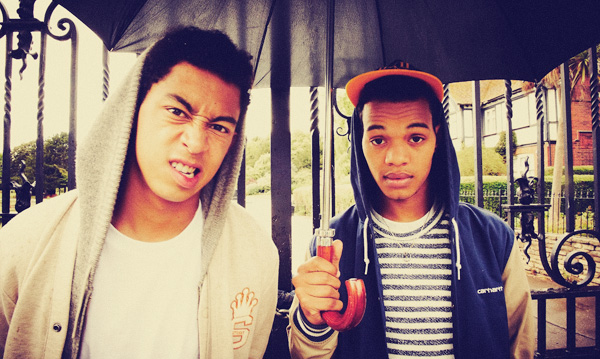 To celebrate the season of good will, 95-106 Capital FM and BlackBerry have teamed up to launch Secret Santa an online game that gives you the chance to send 9 of your Facebook friends a gift.

Prizes could include tickets to the sold out Jingle Bell Ball, BlackBerry Curve 9320s, HD TVs, digital cameras, Beats by DrDre and more. You can play here http://bit.ly/SecretSantaGame

Whether they’ve been naughty or nice, no one goes empty handed as every friend you send a gift to will win.

But that’s not all, you can also gift yourself by hunting down secret Christmas Bonus codes released by Capital FM and BlackBerry, with more codes hidden across the web.

We’re giving away a Christmas Bonus code exclusively to all our lucky readers, just enter R1ZZL3K1CKSMASfor your chance to gift yourself as well as send more gifts to friends.

To celebrate the launch of the Secret Santa game, Capital FM and BlackBerry are giving Flavourreaders the chance to win a pair of boxers signed by Rizzle Kicks.

To win the signed prize, just answer the following question:

Which girl band will be performing at the Jingle Bell Ball?

Please send your answer to comps@flavourmag.co.uk along with your name and address and be sure to write Rizzle Kicks in the subject header. Good Luck!

This competition is now closed and was won by Anne Nelmes.