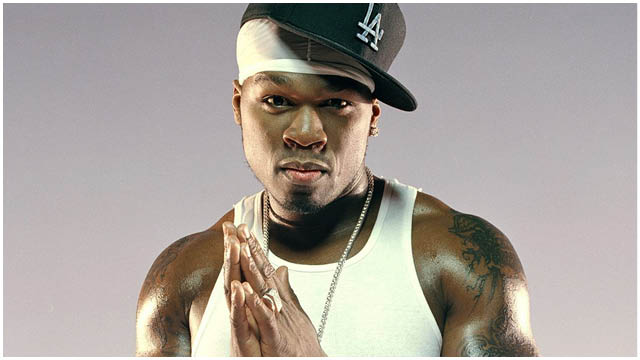 This is an incredible opportunity to see the rap legend take to the stage in the UK with members of his legendary G-Unit collective, and are on sale NOW via Ticketmaster.

“The O2 Arena was crazy. UK fans have some of the most amazing energy, which is why I can’t wait to come back to the UK in November” We have a pair of tickets to give away for use at one of the events listed above. For your chance to win a pair of tickets simply email comps@flavourmag.co.uk with your full name and address and the event you wish to attend and be sure to write “50 Cent UK Tour” in the subject header. A winner will be chosen at random on the 29th October. Good Luck!

And here’s some extra info on 50 Cent, that you may or may not already know.

50 Cent is one of hip-hop’s best selling exports and one of the world’s greatest rappers, selling over 30 million albums worldwide.  He has won a surfeit of awards including a Grammy Award, thirteen Billboard Music Awards, six World Music Awards, three American Music Awards and four BET Awards.

He rose to prominence with his first major-label release Get Rich or Die Tryin’ [produced by Eminem and Dr Dre] which debuted at number one on the Billboard 200, selling 872,000 copies in its first four days. The lead single, In da Club set a Billboard record as the most listened-to song in radio history, within a week.  50 Cent had similar commercial and critical success with his second album, The Massacre, smashing his own records with the album selling over one million copies in its first four days and staying at number one on the Billboard 200 for six weeks. He was also the first solo artist with three singles in the Billboard top five in the same week with Candy Shop, Disco Inferno and How We Do.

His fifth studio album, Animal Ambition, was released in 2014 and also in that same year he debuted two EPs with the recently reunited G-Unit [Members of the acclaimed group will be joining 50 on tour around the UK]. Currently, he is working on his sixth studio album: Street King Immortal, scheduled for release in 2015. The first single from the album titled Get Low ft. Jeremih, 2 Chainz and T.I is now available on iTunes.

What began as music chart dominance for the rap music phenomenon quickly transformed to success in corporate America as a multi-tiered business mogul not to be reckoned with. 50 Cent has also carved out a successful and acclaimed career as an actor and producer. 2015 has already seen the release of the blockbuster film “Spy” filmed with Melissa McCarthy and Jude Law and on July 24, 2015 “Southpaw” with Jake Gyllenhaal, Forest Whitaker and Rachel McAdams, directed by Antoine Fuqua will premiere.

In 2005, 50 Cent founded the production company, G-Unit Films and Television, producing a wide variety of content across various platforms.  He serves as Executive Producer and has a reoccurring role on the hit series “Power” on STARZ which was renewed for a 3rd season after only one episode of season two. The season two premiere of “Power” on June 6, 2015 drew 1.43 million viewers, the most ever for a STARZ Original series season premiere episode and it tripled the original “Power” audience from the June 2014 series premiere.

Recognized as one of the most talented and prolific music artists of his time, 50 Cent has managed to leverage his star power into record breaking brand extensions encompassing a broad spectrum of businesses including: SMS Audio, SMS Boxing, EFFEN Vodka, FRIGO by RevolutionWear and many more.

Get your tickets now from www.ticketmaster.co.uk