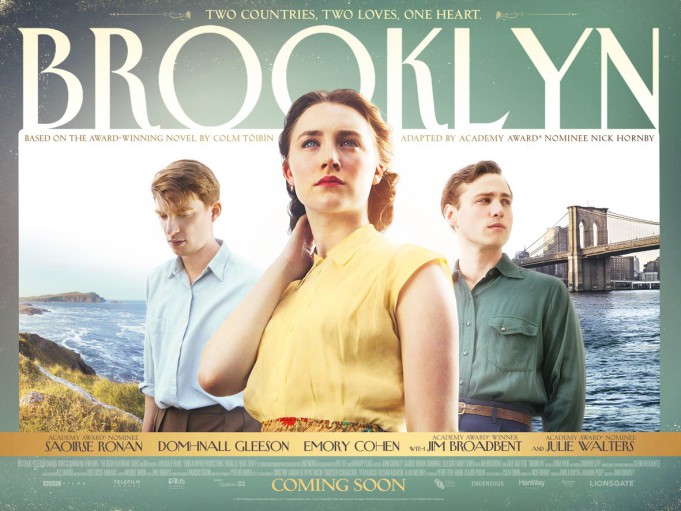 With the release of the heartbreaking yet beautiful Bafta and Academy Award nominated Brooklyn starring Saoirse Ronan on Blu-ray, DVD and EST from February 29th we have teamed up with Lionsgate Home Entertainment for a give-away.

Based on the award-winning novel by Colm Tôibín and transformed into a BAFTA and Academy Award® nominated screenplay by Nick Hornby, BROOKLYN stars 2016 BAFTA and Academy Award® nominee Saoirse Ronan (Hanna, Atonement) as Eilis, a young woman who moves from small town Ireland to Brooklyn, where she has the opportunity for work, for a future – and love, in the form of Italian-American, Tony (Emory Cohen; The Gambler, The Place Beyond The Pines).

When a family tragedy forces her to return to Ireland, she finds herself drawn back into the life she left behind. As a secret threatens to reveal itself, Eilis has to confront a terrible dilemma – a heart-breaking choice between two men and two countries. To win a copy of the original book and a signed poster simply send us an email with your name and address to comps@flavourmag.co.uk. Be sure to write “Brooklyn Competition” in the subject header. Winners will be chosen at Random on 16th of March 2016. Good Luck!