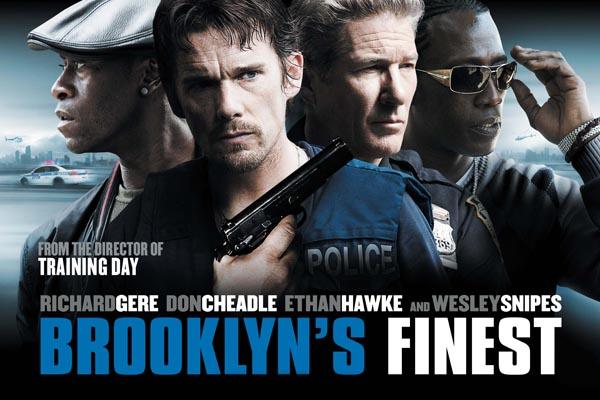 Officer Eddie Dugan (GERE) is a week from retirement after twenty-two years of less-than-exemplary service to the force when he’s assigned to oversee rookies in the tough neighborhoods. His life in shambles, Eddie is barely hanging on, swilling whiskey in the morning to get out of bed. His only friend is a prostitute he frequents.

BROOKLYN’S FINEST IS OUT IN CINEMAS 9TH JUNE

Check out the official site for more information: www.brooklynsfinest-movie.co.uk To be in the chance to win a Sony S Series DSC2100B 12MP digital camera, just answer the following question correctly:

When is Brooklyn’s Finest released in cinemas?

Leave your answer  in the comments box below…

This competition is now closed – Congratulations to the winner Isha Orlebar