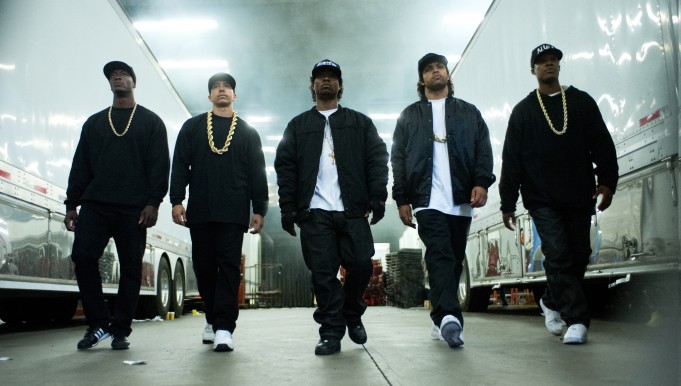 With the release of the incredible Straight Outta Compton on DVD and On Demand on the 11th of January, we have got our hands on 5 sets of amazing merchandise bundles to give away to 5 lucky readers.

Straight Outta Compton tells the true story of how five young cultural rebels – armed only with their lyrics, swagger, bravado and raw talent – stood up to the authorities that meant to keep them down and formed the world’s most dangerous group, N.W.A. And as they spoke the truth that no one had before and exposed life in the hood, their voice ignited a social revolution that is still reverberating today.

The explosively entertaining biopic STRAIGHT OUTTA COMPTON Director’s Cut is coming to Digital HD on December 28, 2015 and Blu-ray™, DVD and On Demand January 11, 2016 from Universal Pictures Home Entertainment.  The Blu-ray™, DVD and Digital HD versions include the exclusive Director’s Cut that gives fans more of the N.W.A. story with over 26 additional minutes of the film. Send your answer via email with your name and address to comps@flavourmag.co.uk. Be sure to write “Straight Outta Compton Competition” in the subject header. Winners will be chosen at Random on 1st of February 2016. Good Luck! Straight Outta Compton is out on DVD and On Demand 11th of January.