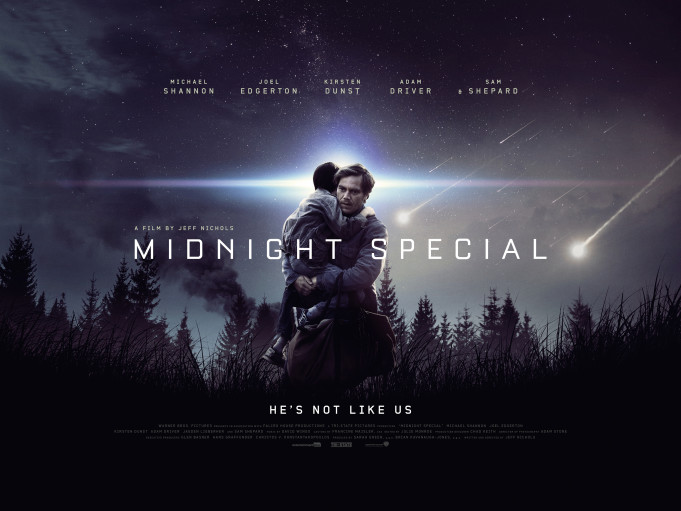 The celebrate the release of Midnight Special, starring Michael Shannon, Joel Edgerton and Kirsten Dunst on the 8th of April, we have two amazing prize bundles to give away.

Roy (Michael Shannon) is a father desperate to protect his uniquely gifted eight-year-old son in this gripping take on the sci-fi movie, which proves once again that director Jeff Nichols is one of the most compelling storytellers of our time. As father and son go on the run, an intense chase ensues as they are hunted down by a mysterious cult and a clandestine government agency – the outcome of which could bring about a world-changing event.

The MIDNIGHT SPECIAL-themed packs include: To be in with a chance of winning one of two prize bundles, simply tell us who starred alongside Tom Hardy in Warrior.

To win, simply email your answer with your name and address to comps@flavourmag.co.uk. Be sure to write “Midnight Special Competition” in the subject header. Winners will be chosen at Random on 25th of April 2016. Good Luck!

MIDNIGHT SPECIAL is in cinemas from Friday, April 8th

Take your music on the go with this new MP3 Audio Transmitter. This device simply plugs into your car power socket. Then just connect your MP3 player or insert a memory stick/SD card and hear your music on the car radio. It also has a USB socket so that you can charge your mobile phone and other USB devices.